Kalmar automation solutions are at the heart of DP World London Gateway, a state-of-the-art deep-sea port, rail terminal and Logistics Park, situated on the River Thames. The latest addition to the terminal’s already impressive equipment fleet is a new Kalmar FastCharge shuttle carrier – a cost-efficient, safe and scalable solution that exemplifies the way forward for eco-efficient, emissions-free operations.

A shining example of what can be achieved with modern automation technologies, DP World London Gateway offers unrivalled facilities, tri-modal connectivity, and unmatched safety, speed and reliability. The terminal is committed to minimising its environmental impact through its sustainability programme and Planet Mark certification, and fully electric equipment is seen as a key part of the drive to improve eco-efficiency by reducing emissions and noise at the terminal. As part of the terminal’s efforts to improve the local environment, it also invested in the creation of two intertidal mudflats, covering an area of more than 70 hectares for water-wading birds and other wildlife, located close to the port. 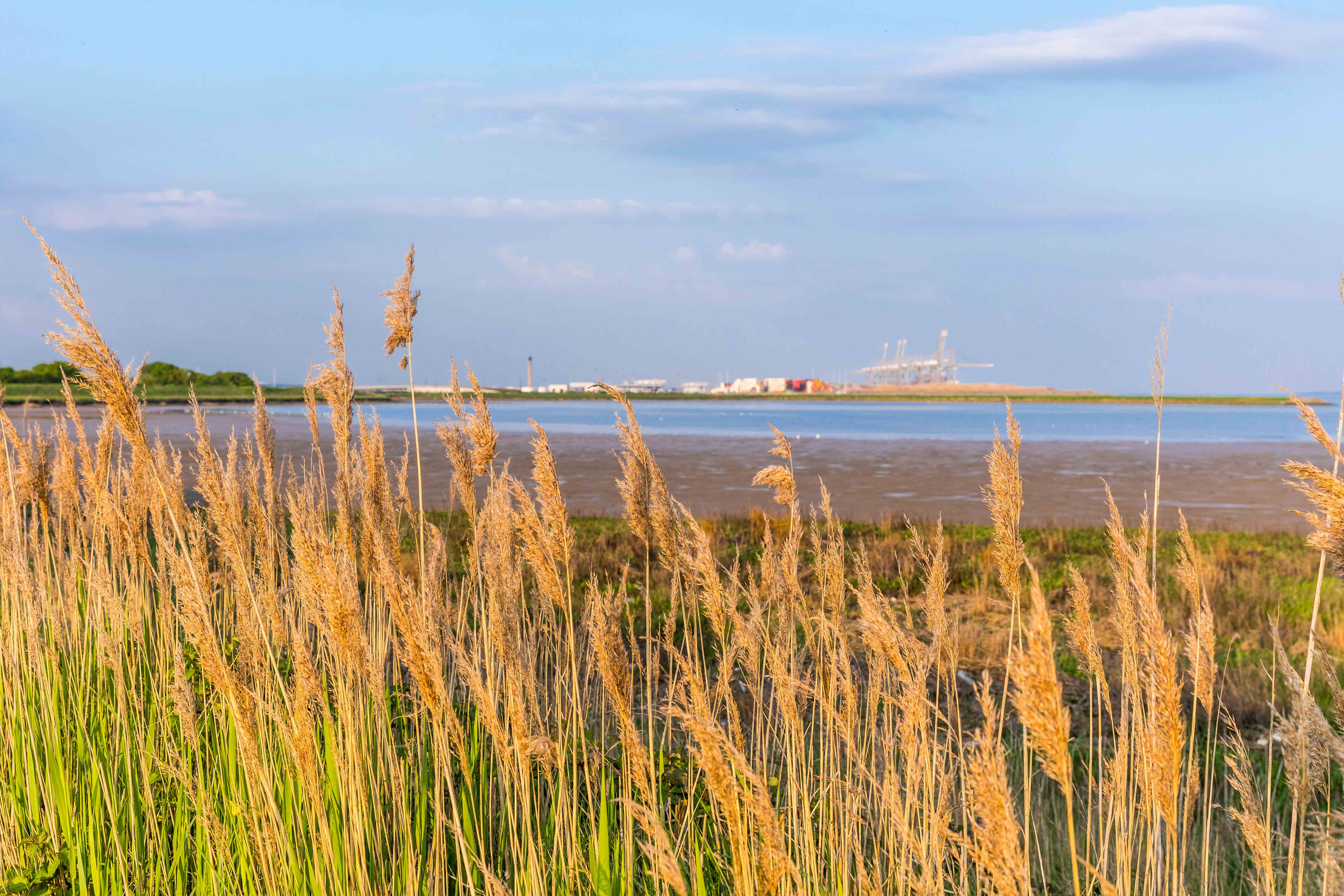 The terminal began commercial operations in 2013, and Kalmar solutions at the heart of London Gateway’s operations include Kalmar automated stacking cranes (ASCs), an automated truck handling system, shuttle carriers and reachstackers. The equipment is integrated with the Navis N4 terminal operating system, which also manages the transfer of containers to and from the adjacent Logistics Park and runs automated processes at its gate, the container yard and the rail terminal.

“Operating sustainably and minimising its impact on the environment is extremely important for DP World globally and to us here at London Gateway,” says Ahsan Agha, Head of Engineering at DP World London Gateway. “Sustainability is at the core of our business, and something we take into account in everything we do at the terminal,” he continues. “We work with community and business partners to reduce our carbon footprint and improve the environment around us, and this is why we chose to partner with Kalmar to convert one of our shuttles to fully electric operation.” 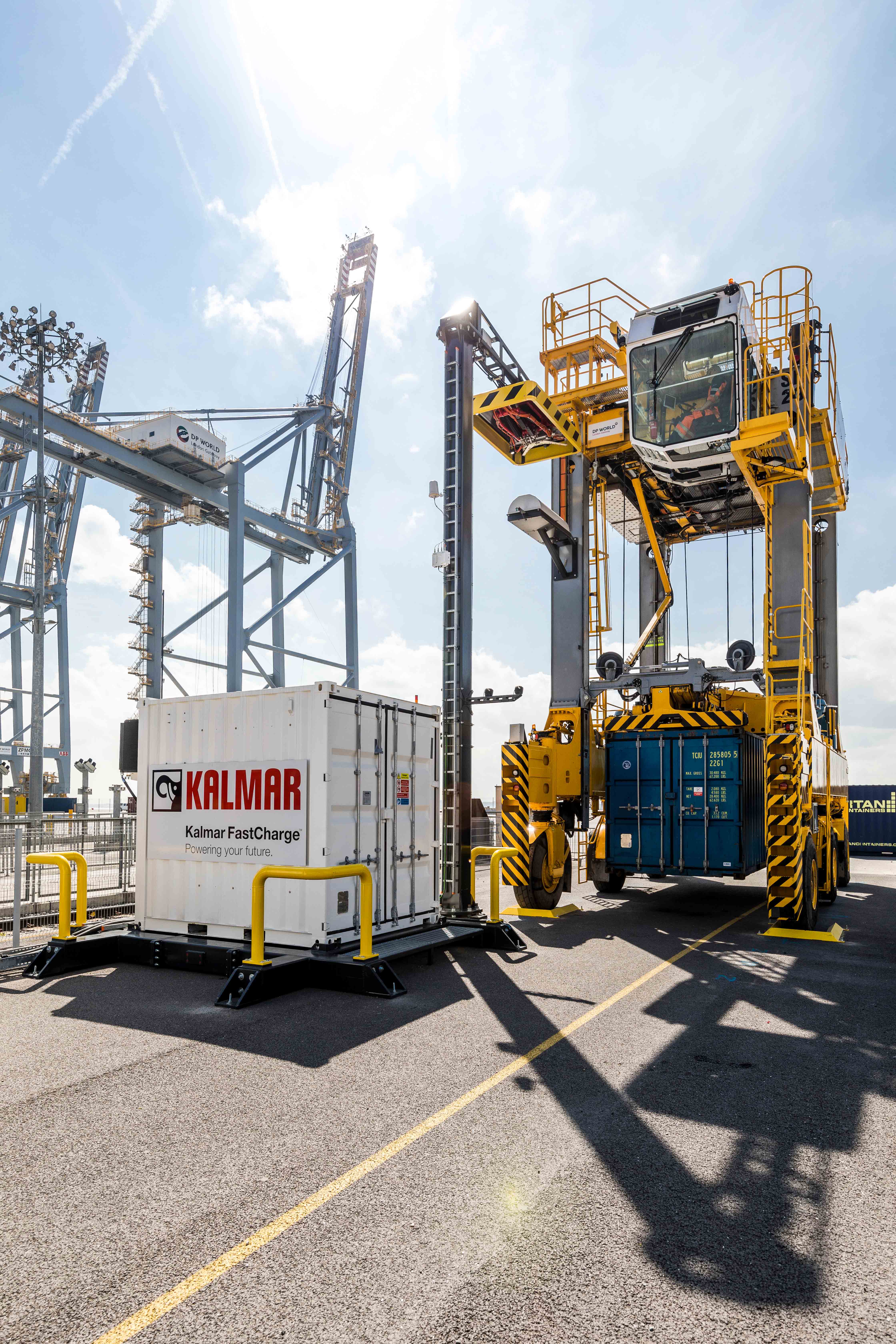 Welcoming the new kid on the block

Back in September 2017, Kalmar and DP World announced that they would jointly pilot the port industry's first fast-charging shuttle carrier solution. After months of hard work and planning, the shuttle carrier is now operating at the terminal.

“The project involved converting an existing Kalmar hybrid shuttle carrier into a fully electric FastCharge shuttle carrier,” explains Juho Leskinen, Principal Engineer, electrical R&D at Kalmar. “The modification work itself was completed in just a few weeks. The charging system consists of a charging station connected to the local power grid, a charging pole and a charging contact, also known as a pantograph. The shuttle carrier’s lithium-ion batteries are charged via a contact dome on top of the machine.”

The Kalmar FastCharge solution is based on the same opportunity-charging technology used in electric buses, with charging taking place during the idle time in the shuttle carrier’s working cycle. Onboard charging is supplemented by regenerative systems that store energy generated by braking and spreader-lowering operations.

“The direct current fast-charging sequence is fully automated and really quick, typically it takes about 30–180 seconds; the driver simply engages the parking brake to begin the sequence,” says Leskinen. “The charging station is located next to the natural working route of the shuttle, at the waterside in a maintenance aisle between two ASC blocks.” 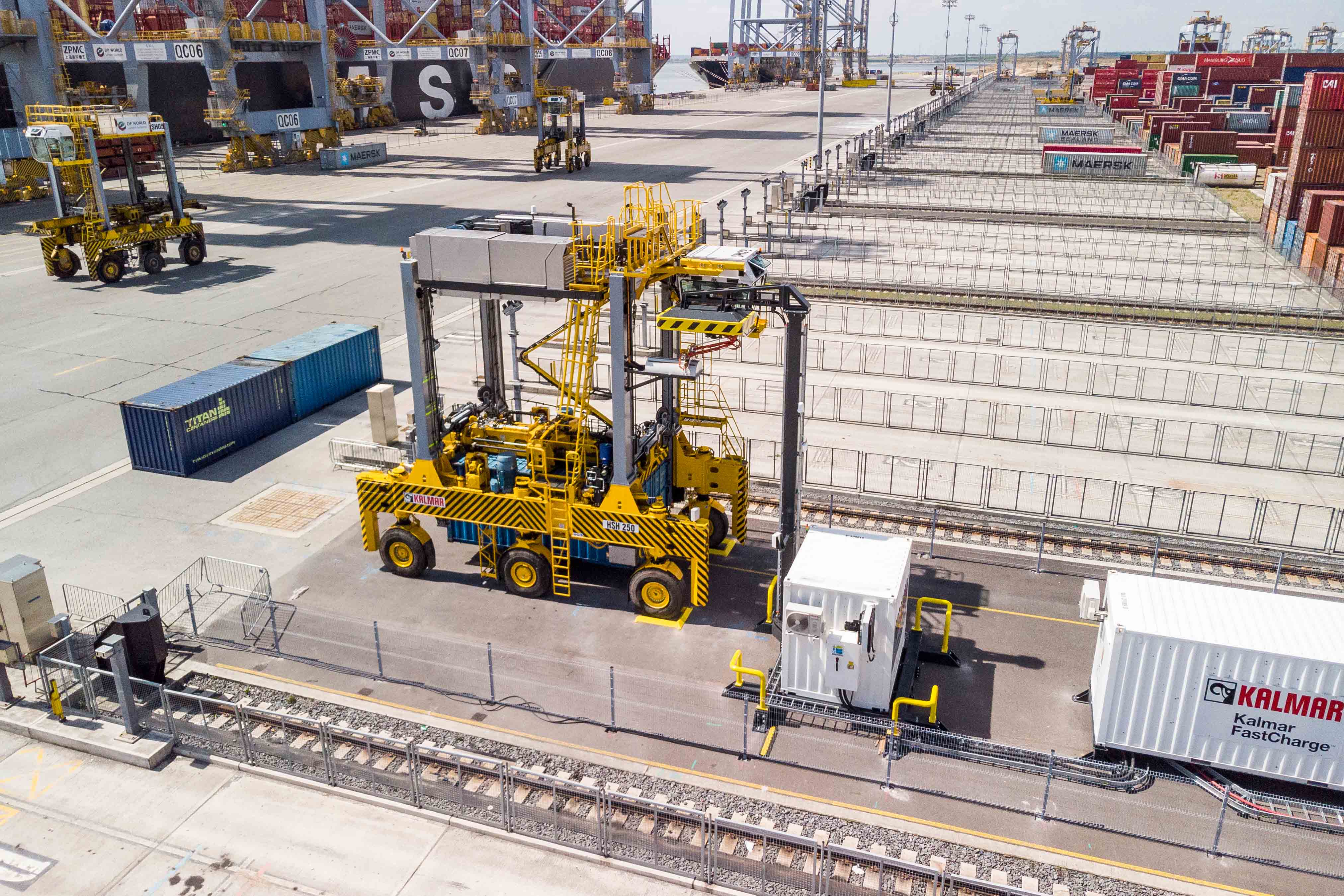 The future is electric

Converting the hybrid shuttle to an electric one was a relatively straightforward process – basically a simple retrofit where the engine and batteries were removed and a completely new lithium-ion power pack installed.

Launching the FastCharge pilot is just the beginning of a new chapter in the DP World London Gateway story. According to Juho Leskinen, the next step is to make sure everything runs like clockwork: “Our job now is to get everything exactly right and fine-tune the solution according to the terminal’s needs – and this is where the close relationship between the two companies really pays dividends.”

Ahsan Agha firmly believes that electrification is already changing the industry for good, and will continue to do so into the future. “If you think back 15 years there were no fully electric Rubber Tyred Gantry Cranes but now they’re in operation in many terminals across the world,” Agha explains. “In the last 10 years many terminals have converted their RTGs to electric operation, and the same is happening now with straddle and shuttle carriers. The world is moving towards electrification and the terminal industry has to follow. The FastCharge shuttle carrier is yet another example of innovation that will bring about significant environmental benefits.”