Shuttle and straddle carriers have been the workhorses of container terminals for decades, and the technologies they use have advanced in small but certain steps. Now it’s time for a giant leap. Our next-generation machines deliver huge improvements across the board. These improvements  have been made possible thanks to years of intensive R&D work and, importantly, listening to and acting on the valuable feedback our customers have given us.

It might sound hard to believe, but Kalmar delivered the first toplift-type straddle carrier to a customer in North America 50 years ago. Since then, 5,500 more of these workhorses have been helping keep terminals around the world moving. A lot has happened in five decades, but the launch of our next-generation shuttle and straddle design represents a huge leap forward in all kinds of different ways.

It’s hard to find something that hasn’t been rethought and improved with this new design. From the sideframe at ground level right up through the spreader and top frame we’ve gone back to the drawing board and put in years of hard work that has delivered huge improvements. Even the cabin has been updated. Reliability, productivity and safety have been taken to a whole new level; we’ve also made our machines even easier to maintain as well as being automation-ready right out of the factory.

Getting more with less

One of the biggest changes is in the wiring design. We’ve got rid of over 1,000 connections and hundreds of metres of signal wiring by switching to smart CanBus technology. And with all these wires disappearing, the risk of failure is dramatically reduced. What’s more, the electrical hardware in the next-generation machines – the new mobile drives and I/O modules in particular – are built to withstand the rough, tough conditions that equipment has to cope with in container terminals.

If you operate shuttles or straddles, you know that maintaining spreader reliability can be a challenge. Not any more thanks to the Smart CanBus and I/O cables with molded M12 connectors. We’ve also improved starting reliability by redesigning the 24 V battery system, with two of the four batteries used to start the diesel engine and two to power the control system and lights.

Along with the new mobile drive technology we wanted to provide the best possible operational ability and overall reliability. Developed in collaboration with our manufacturing partner, these things are tough – really tough. To give you an example, you could throw one into salt water for a good hour and it would still work after you fished it out again. That’s IP6K9K protection for you. 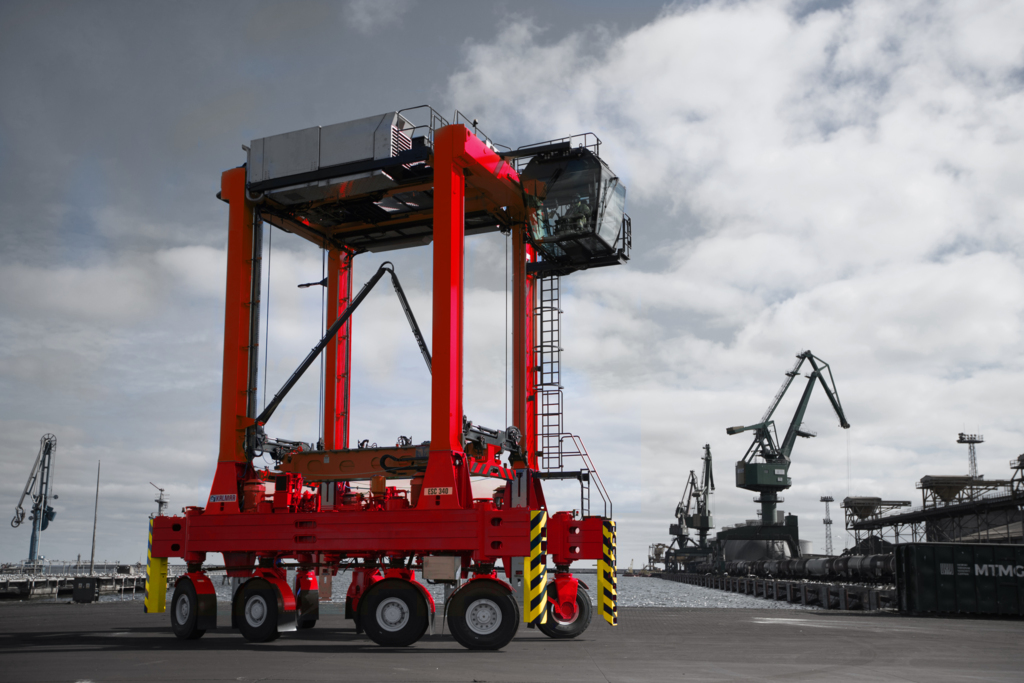 On the side frame, the new control box puts everything within easy reach of the technicians who have to keep these machines running smoothly. There’s a new local I/O unit with LED indicators for diagnostics purposes, a programmable panel meter for parameters such as fuel and an Ethernet connector for PLC access, software updates and machine configuration via the Stradmonitor software – which has also had a complete facelift.

The theme of making everything simpler continues into the upper frame too, with a vastly simplified wiring design and a new circuit board for power distribution. And instead of 144 wires, the spreader connection plug has just 20. Once again, fewer wires means less ‘mess’. And there’s more. The main PLC is unit now located in the upper frame’s electrical cabinet instead of the driver’s cabin, which means  these machines are automation ready as soon as they roll out of our factory. 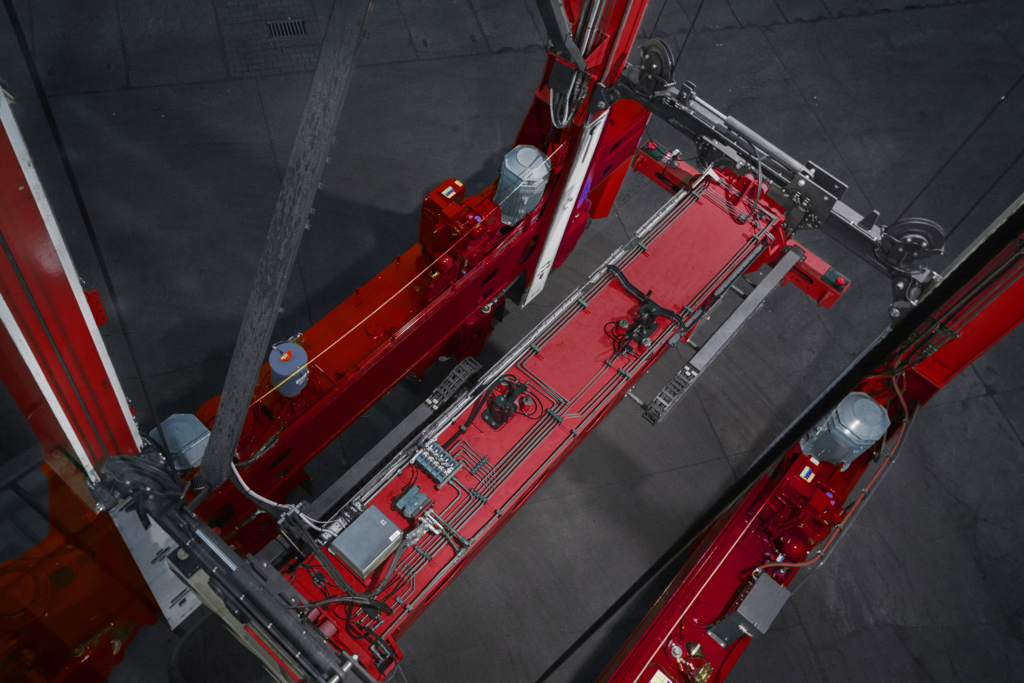 But this redesign hasn’t all been about wires, connectors and drives. We’ve thought long and hard about how to improve productivity too, by making the driving experience the best it can be. The new-generation machines feature LED working lights as standard to give drivers a clear view of the road ahead, as well as a new eight-inch colour touchscreen in-cabin display to make monitoring and operating the machine easier than ever. And with the PLC now integrated into the main electrical cabinet instead of being in the cabin, there’s also more space for customers to install their own equipment such as communication systems or additional driver interfaces.

A lot has happened in the 50 years since that first yellow straddle carrier left our factory to begin work in North America, but this new generation of machines represents the biggest leap forward in decades. Of course, there’s been a lot of hard work from our amazingly talented teams, but customer feedback has played a critical role in this project. And this is something that will never change at Kalmar – by listening to what our customers are telling us, we can continue to be a pioneer in the future.