An R&D project initiated by a team of talented engineers is helping to cut the carbon footprint of the testing process for battery packs installed in Kalmar’s hybrid and fully electric straddle and shuttle carriers. In this article we take a closer look at what the innovative team at Kalmar’s Tampere Technology and Competence Centre has achieved.

Kalmar’s Technology and Competence Centre (TCC) in Tampere, southern Finland is on the front line of the organisation’s activities to reduce the carbon footprint of every aspect of its solutions and operations. Alongside the industry's largest automation test field, the centre includes world-class facilities and laboratories for prototyping, simulation, testing and equipment monitoring and optimisation.

As part of Cargotec, Kalmar is committed to an ambitious set of targets to reduce its carbon dioxide emissions to the level required to limit global warming to 1.5 degrees by the end of this century. It’s no surprise, then, that eco-efficiency is a strong theme in virtually every aspect of the company’s operations and one that drives its talented employees to innovate new, more efficient approaches to established processes. 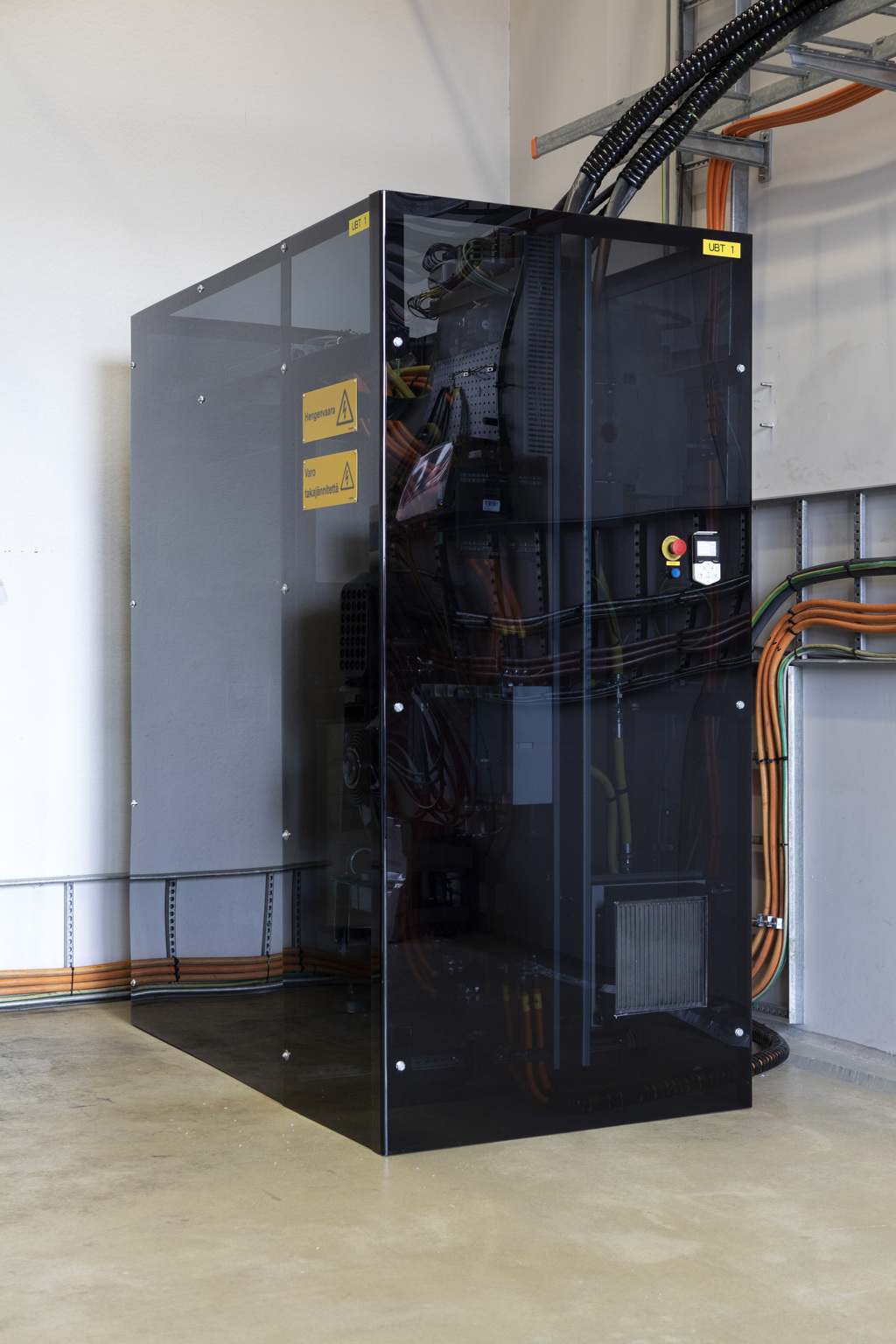 An example of one such process is battery testing for the power units installed in Kalmar’s hybrid and fully electric straddle and shuttle carriers. Between 80 and 100 of these power units are manufactured in Tampere every year. The hybrid version includes a small diesel engine and one Lithium-ion battery pack.

“An important step when manufacturing a battery pack is to test it thoroughly, and this means performing tough charging and discharging tests to push the batteries to their limits. This way we can be sure they will work as promised when delivered to a customer as part of one of our straddle or shuttle carriers,” says Jukka Vesamäki, manager of the prototype workshop and test field at the TCC.

Two members of the team based in the prototype workshop at TCC took it upon themselves to rethink the battery testing process to make it quieter, safer, cheaper and, critically, much more eco-efficient. Enter technicians Esa Laine and Mika Leppälahti.

“The project began in 2019 when we really started thinking about how we could make the testing process more efficient and safe,” says Esa, who has been working at Kalmar for over 20 years. “In the old process the voltage for the charging test was generated by using a diesel engine to rotate a generator which produced the required voltage,” he continues.

“Of course, using a diesel engine generated noise and CO2 emissions,” explains Mika, who achieved fame as the man who converted his Saab 99 to run on electricity. “In the discharge test the energy taken from the battery pack was conducted to the roof of the proto workshop and lost as heat to the surrounding air,” he continues. 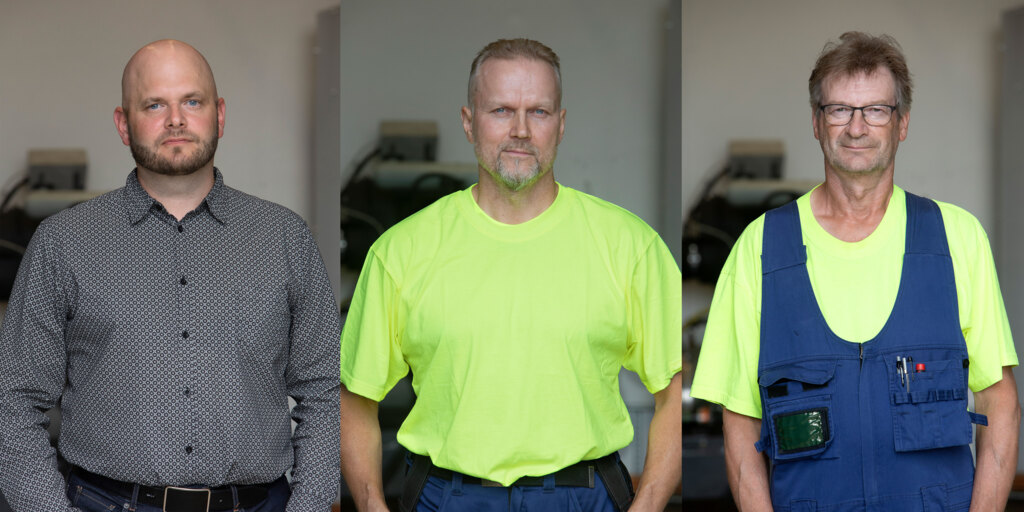 Esa and Mika, encouraged by Jukka, set about redesigning the battery testing process from scratch in order to completely eliminate the noise, emissions and fuel costs associated with using a diesel engine.

“Once we had the idea planned out we obviously needed resources and time to put our plan into action, explains Mika. “We pitched the idea to the management and explained the benefits, and they were very keen to support us.”

The next step was to plan the layout of the new process, identify the needed equipment and materials and what software development and design would need to be done. “The process took around six months from start to finish, and everything bar the painting of the metalwork was done in house at TCC,” Esa says.

In the new testing process, the current for the battery pack charge test is taken directly from the electricity network, while in the discharge test the voltage taken from the battery pack is fed back to the grid. “The only energy loss that occurs is in the joints and wires of the equipment,” Jukka explains. Overall, the energy loss is around a hundredth of that of the old process. Essentially, we’re simply ‘borrowing’ the power from the electricity grid for the purposes of the test.”

Not only is the new testing process more eco-efficient, it is also far cheaper. Whereas testing a battery pack previously cost in the region of €40, with the redesigned process this figure has dropped to just €3.

Esa and Mika both agree that the project is a great example of how eco-efficient thinking is supported at every level of the Kalmar organisation and a clear demonstration of the trust that the management has in the skills and talent of the team in the prototype workshop.