Take a look at this electric beauty!

This e-Saab 99, which has gone from the scrapyard to all electric, is closely linked with the development of fully electric vehicles at Kalmar.

What is that spiffy Saab 99 parked in the space reserved for electric vehicles, the car catching the eyes of visitors to the Kalmar Technology and Competence Centre in Tampere, Finland?  It's a 1983 Saab 99 that has been converted from gas to electric power, the brainchild of Mika Leppälahti, an electrical technician at Kalmar.

"The project started when I got a chance to buy used accumulators that had been tested in Kalmar straddle and shuttle carriers, and I wondered what to do with them. I have always been a sort of ragpicker and enjoy fiddling with odd things,” Leppälahti laughs. “I spotted two Saab 99s among the scrap cars in my father-in-law’s yard and decided to use parts from them to build a car.”

During the next two years, Leppälahti spent countless hours in his spare time working on the car. The do-it-yourself project meant using his ingenuity on welding, painting, mechanical and electrical engineering, programming and upholstery, etc. The only thing that he bought was a splined hub to transfer power from the motor to the differential rear axle. “The idea was to spend as little money as possible. I was more than halfway through the project when I started to believe that something could actually come of it.”

The junked cars had no electric components, which were the most expensive parts needed. Luckily, a colleague of Leppälahti was able to get sponsors for him from a motor control company and an electric motor manufacturer.

”No wonder that terminal operators are starting to believe that electric machines present an excellent solution." 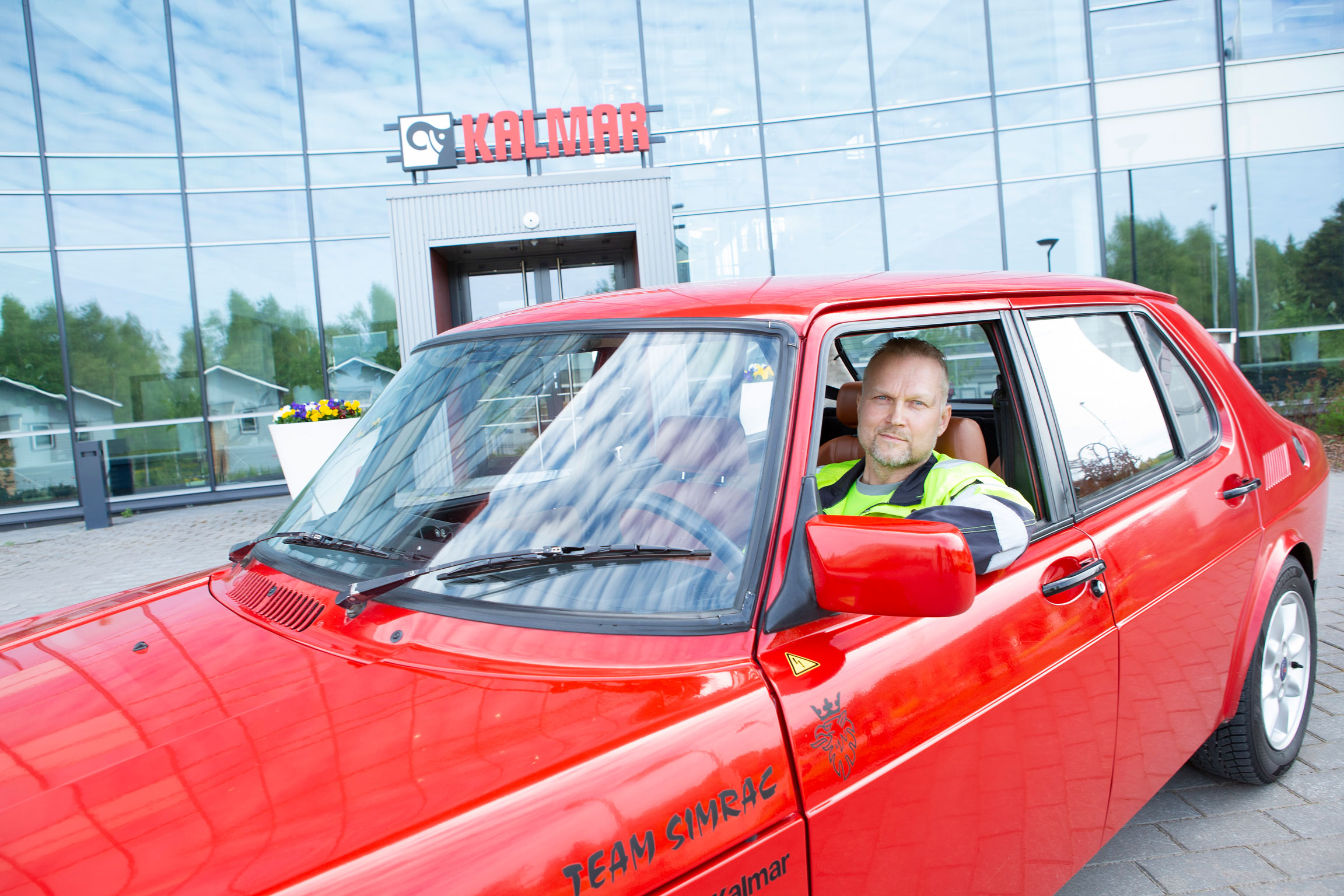 The maximum speed of the retrofitted Saab 99 could be well over 200 kilometres per hour, and its efficiency exceeds 90%. It is possible to drive almost 200 kilometres on a single charge, and electricity consumption depends completely on air resistance. The higher the air resistance, the more electricity the car consumes. To date, Leppälahti has driven about 27,000 kilometres with the car without problems.

One of the great plusses of this unique e-Saab is its eco-efficiency: there are zero emissions. ”Especially my wife appreciates minimising the environmental impact. I, however, value more the extremely low fuel costs. A full charge costs three euros and allows me to drive 150-200 kilometres,” Leppälahti says. ”It is no wonder that terminal operators, too, are starting to believe that electric machines present an excellent solution. Kalmar recently announced that our full offering will be available as electrically powered versions by 2021. They yield significant savings and reduce CO2 emissions while keeping containers on the move.”

Recently, Leppälahti participated in the commissioning of the port industry's first fast charging shuttle carrier solution at DP World London Gateway Port in the UK where the customer’s existing hybrid version was converted into a fully electric one.

August 2018 will mark Leppälahti’s 30th anniversary at Kalmar. During his tenure, he has seen the company develop from a traditional equipment manufacturer to a global leader in terminal automation.

Since 2012 he has worked at Kalmar’s prototyping workshop where new industry-leading solutions are installed on the terminal equipment before they are tested out in the test field. “I have been involved with Kalmar’s fully electric equipment almost from day one. I've learned a lot and been able to use that competence in my own project.  "While my Kalmar experience helped with my e-Saab 99 project, the expertise I've gained doing the Saab conversion has also benefited Kalmar," Leppälahti says. It's a win-win for all. 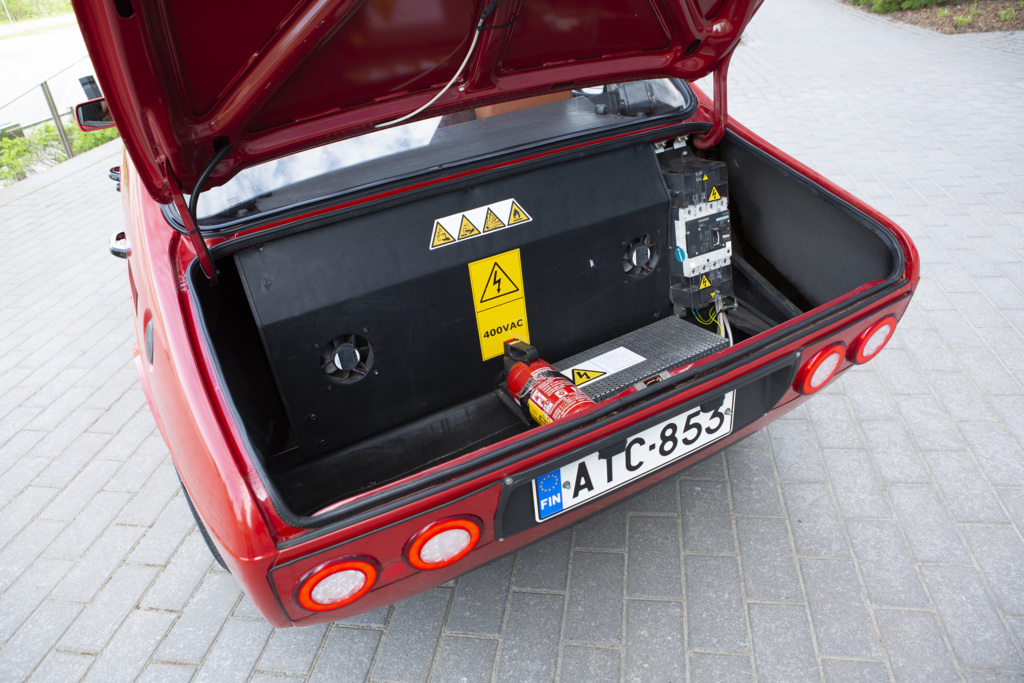 Our webinar in May gave participants a host of practical tips on making the most of electrically powered shuttle-carrier technology, including how to figure out the optimal locations for charging stations using advanced terminal simulation tools. We’ve summarised the highlights for you in this article.