Electrically powered technology is coming faster than you realise

I am often asked, when I predict that Europe will enforce zero emissions regulations (according to California Air Resources Board) for utility vehicles. This is a valid question, but not the question we should be asking. It is a big misconception that the shift to eco-efficient technology will require a major shift in Pan-European regulation. Judging by what is happening around the world right now, this is not the case. The change will happen, it will likely happen much faster than anticipated, and it won't be driven by legislation. It will be driven by the market.

Ports are typically located in populated areas, and their material handling is a major source of local air pollution. The heaviest machines – cranes and horizontal transportation equipment – have already been available as electric or hybrid solutions for many years. The electrification of these machines is mainly based on heavy duty industrial components.

At the moment, we are witnessing rapid technological development in a related industry with manufacturing volumes at least on an order of magnitude or two bigger than ours. Once the new electric systems and components that are currently being developed for the mass market auto industry reach a sufficient level of technical maturity and economies of scale, they will inevitably open up new opportunities to design cost-effective all-electric or electrically powered versions of heavy mobile equipment, such as reachstackers and large forklift trucks, where the cost of battery technology is still the limiting factor.

What about the market? Where does Europe stand, compared with the rest of the world? Perhaps surprisingly, we are not at all at the front of the pack.

For example, look at California, where the state is pushing hard with both regulations and incentives for eco-efficient technologies. The ports of Los Angeles and Long Beach have announced aggressive plans that mandate only zero emission or near zero emission horizontal transport equipment in new procurement from 2020, and for 100% of drayage fleets to be zero emission by 2030.

Think about that. In a time frame that would be normal for us to plan for adapting to the next upcoming level of diesel emissions standards, a major group of industry players has announced that they will not be buying any diesel-powered machines two years from now.

The change will be driven by the market

Do we really understand the significance of this? Are we up to the challenge of responding to this sea change, genuinely giving the market what it wants, instead of waiting for lawmakers to tell us what it should have?

The interesting point about the zero emissions drive in California is that it has not being driven by federal legislation or energy policies. If emissions reduction is seen as a priority by voters and lawmakers in the state, it will happen. 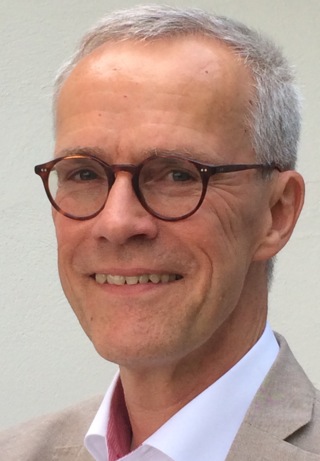 Likewise, shareholders and customers also have a vote, and businesses are listening. Global companies with extensive logistics operations, such as UPS, Amazon and IKEA, are asking for electrically powered equipment already today, and they are willing to pay a premium for it, based on corporate policies and image questions.

In China, rapidly deployed government initiatives are supporting the adoption of electrically powered vehicles at a remarkable pace. Likewise, India shares both China's ambitions and a capacity to execute dramatic regulatory changes in pursuit of lower environmental impact.

Here in Europe, most of the conditions are in place to enable the quick development of eco-efficient technology, but our regulatory processes are so slow that both national governments and the EU have great difficulty impacting the market quickly. However, similar to what we are witnessing in California, we are beginning to see local and regional zero emissions initiatives coming from cities, regions and port authorities, proactively tackling the questions that Pan-European legislation has not yet caught up with.

Even in Europe, the market will create its own demand and the change will happen – just not in the way that we are accustomed to seeing. So the real question regarding eco-efficient technology is, are we ready to change the way we are used to working and doing business, and meet this demand?

This blog post is based on an opinion piece originally written for Port Strategy magazine.