Why we must invest in terminal automation today

If ports and terminals are to meet the growing list of requirements needed for greener operations, the deployment of increasingly eco-efficient solutions and implementation of different levels of automation is necessary. Christopher Saavedra, Manager, Terminal Design Services at Kalmar, shares his market insights, and why he thinks sustainable designs and automation will unlock the maritime hubs of the future.

In previous years, the increase of automation in both its prevalence and perceived value has been hard to miss. Before I joined Kalmar in early 2019, I held many different positions leading port automation projects. While the maritime industry focuses on big automation projects, especially in The Netherlands, Germany or Australia, there are also many other terminals that have seen big gains from process and equipment automation. For example, terminals that use Optical Character Recognition (OCR) technology to help automate the delivery and drop off containers, have reported an increase in gate transactions, reduction in errors and truck turnaround times. Despite these clear improvements, the reality is that many of the comparable industries, such as warehousing, are at a much more advanced state of adoption of automation than we are.

Although I have already seen a huge change in the prioritisation and industry advancement of automation, the maritime industry remains at risk of falling behind and failing to reap associated benefits, such as improved safety, better customer service and a reduction of errors.

Over the last decade, we have seen the integration of automation in ports and terminals grow slowly in comparison to other sectors. This is largely due to the shipping industry’s conservative nature, siloed operations, and the avoidance of up-front capital expenditures. Likewise, the amount of global greenfield projects has decreased, and automation deployment and investment are still in some cases viewed as complicated, risky and expensive. 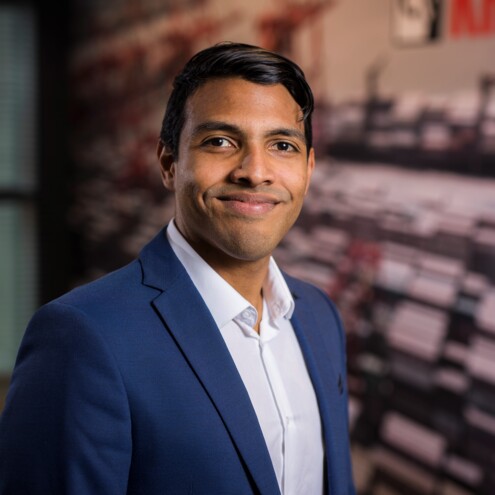 From my position at Kalmar, I can see that while process and equipment automation is becoming more widely used, automation’s growth is being constrained by a disconnect between perception and reality.

Take process automation as an example. Those who have not invested in it frequently cite a number of reasons: “There’s a shortage of in-house capability,” “Our data isn’t good enough,” or “The technology has difficulty handling exceptions.”

None of these challenges is insurmountable. In my experience, most of them require very little to fix. When COVID-secure working practices were introduced in early 2020 and remote operations became a necessity, it quickly became clear from the productivity statistics of those who had invested in process automation.

When the next supply chain shock comes – and there will be others – the agile decision-making and adaptability that automation enables will lead to far greater commercial resiliency. The next unforeseen circumstance is unlikely to be a global pandemic, but it doesn’t have to be to cause significant disruption. A failure to invest in preparedness for future disruptions will be measured in workplace accidents, inefficiencies, and lower credit ratings.

At Kalmar, we understand that sustainability and cost-effectiveness are critical for ensuring automation uptake, and for evolving ports and terminals globally. To maximise the return on investment, we take a holistic approach to our design projects, which consist of three phases.

During the first phase, we assess different design layout options and propose tailored solutions based upon customer requirements. In the second phase, we distinguish the business case for these solutions, taking into account the cost, safety, operational and environmental benefits. Moreover, in the final phase, which is a proof of concept via simulation, we create a 3D concept model and compare our design against the customer’s KPIs.

Looking to the future, I expect to see owners and operators increasingly investing in eco-efficient solutions and different levels of automation, using technologies such as LED lighting to illuminate the path to greener operations. Especially with end consumers set to increasingly favour a low CO2 footprint in the overseas shipping of their products.

The ideal ‘terminal of today’ is therefore one, which is eco-efficient, flexible, optimised in all areas and led by data-driven decisions. Setting the standard for the maritime hubs of the future requires us to nail process automation now, and increase efficiencies throughout the entire supply chain.