Kalmar's AutoRTG technology has set Belfast Container Terminal (BCT) firmly on a path towards a more efficient and environmentally sustainable future. Although the system is built from the very best in advanced automation technology, there is a very human angle to every aspect of its operation – as there is in the decades-long relationship between Kalmar and BCT.

The Kalmar AutoRTG system at Belfast Victoria Terminal 3 (VT3) is owned by Belfast Harbour Commissioners (BHC) and operated by Belfast Container Terminal ltd. (BCT), part of the container and terminal division of Irish Continental Group (ICG), which successfully achieved the concession to manage operations at VT3 in 2015. The AutoRTG system forms part of BHC’s and ICG’s commitment to invest in developing operations at the terminal.

Like most terminals, BCT was laying out a roadmap for where it wanted to be going over the next 20 or so years. “When it came to renewing the existing RMG crane setup, it was important to technologically future-proof the operations while maximizing the facilities storage capacity. The decision was taken to change to RTG’s and steer away from diesel engines and fully manual operation. Kalmar was selected as the partner to support us throughout this journey,” says Alec Colvin, Terminal Director at BCT.

BCT is currently approximately 18 months into what will be a three-year project to fully roll over its operations to the AutoRTG system, with five AutoRTGs currently handling about 60–70% of the throughput in the yard. 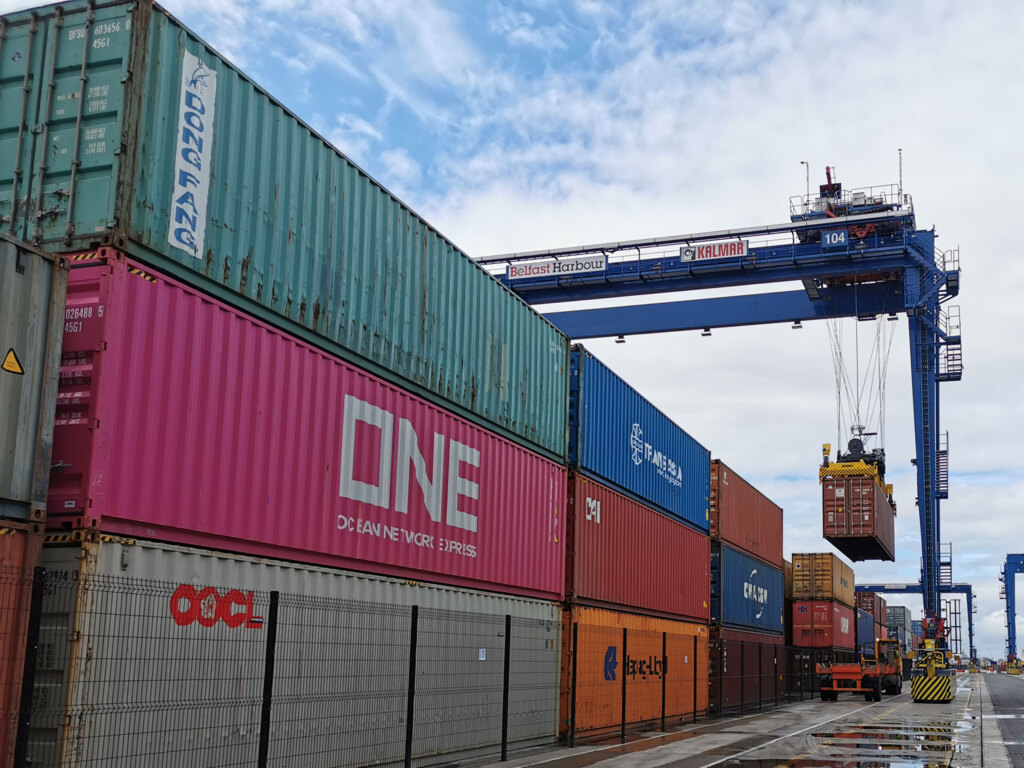 At BCT, automation is being introduced stack by stack and the initial yard areas were divided between Straddle Carriers and RMGs. When the first phase of the project with three AutoRTGs was opened, the Straddle Carriers were withdrawn.

In total it will take about 12 months to transition to 100% AutoRTG operations. The challenge is that BCT is a brownfield operation and all these changes are happening in the middle of a working terminal, so this requires a step-by-step approach. Developing 100% of the footprint at BCT while trying to maintain 100% customer satisfaction is not an easy balance to maintain, but with Kalmar’s expertise and support the terminal is confident it can succeed.

“We have never looked at the AutoRTG from a pure lifts per hour viewpoint,” says Alec. “Our assumption is that the system will be equally as productive as a manual diesel setup. We have remained focused on driving the necessary changes needed in our industry – increased safety, a commitment to improve working conditions and improving environmental performance.”

Drivers for change, change for drivers

Introducing a completely new way to operate the cranes means current operators need to go through a change process. The skill set required is very different and the driving environment is new too. Overall BCT has had very positive experiences so far. Highly skilled drivers with over 20 years’ experience are adapting well to working in an office-based environment, while recruiting new young talent into our industry has proved far easier with the new office environment setup.

Training for drivers now takes a matter of weeks, with more experienced staff acting as trainers after receiving extensive training themselves from Kalmar’s team. The positive impacts of replacing the sometimes rough, tough cabin environment with a temperature controlled, comfortable office and modern user interface are also obvious. 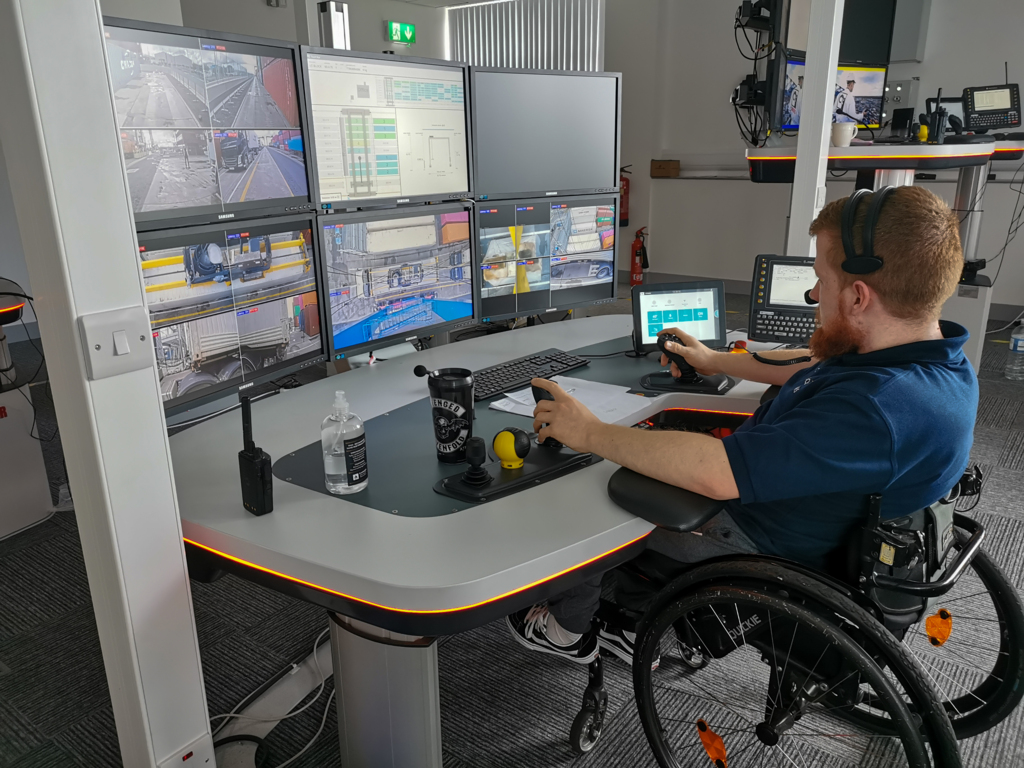 “We want to redress the gender imbalance, attract younger people to the industry and open ourselves up to all abilities and capabilities. For example, older staff close to retirement can extend their careers because there is less physical exertion involved, and people with back problems who thought they might never be back driving have been able to return to work,” Alec points out.

“In terms of the gender balance, we have been able to bring on board female clerical staff who were interested in driving the cranes. The AutoRTG system has had a massive positive impact on our profile as an employer.”

The personnel tasked with operating the AutoRTGs at Belfast are highly complimentary about the system. “I’ve been working with the RC desk since July this year, and it’s been fantastic,” says Kenny Murphy. “I’ve never done a job like this before, and after a week of sitting with my trainer I was already confident and competent enough to get started on my own. Although the days are very busy, I’m always excited and motivated to come to work. The layout of the desk works great for me – I can adjust the height to where I need it, and all the joysticks and buttons are in easy reach.”

“I’ve been operating the AutoRTGs using the RC desk for about four months now, and this job is very different from anything I’ve done before,” says Hannah Powers. “I’m really enjoying it, and when I tell people what I do at work they find it pretty cool and are really interested to know more. I had about a week of training with one of our experienced drivers, learning about the various screens and controls and getting some hands-on experience with the desk. It’s fantastic to be working with this kind of cutting-edge technology every day – it really does blow my mind!” 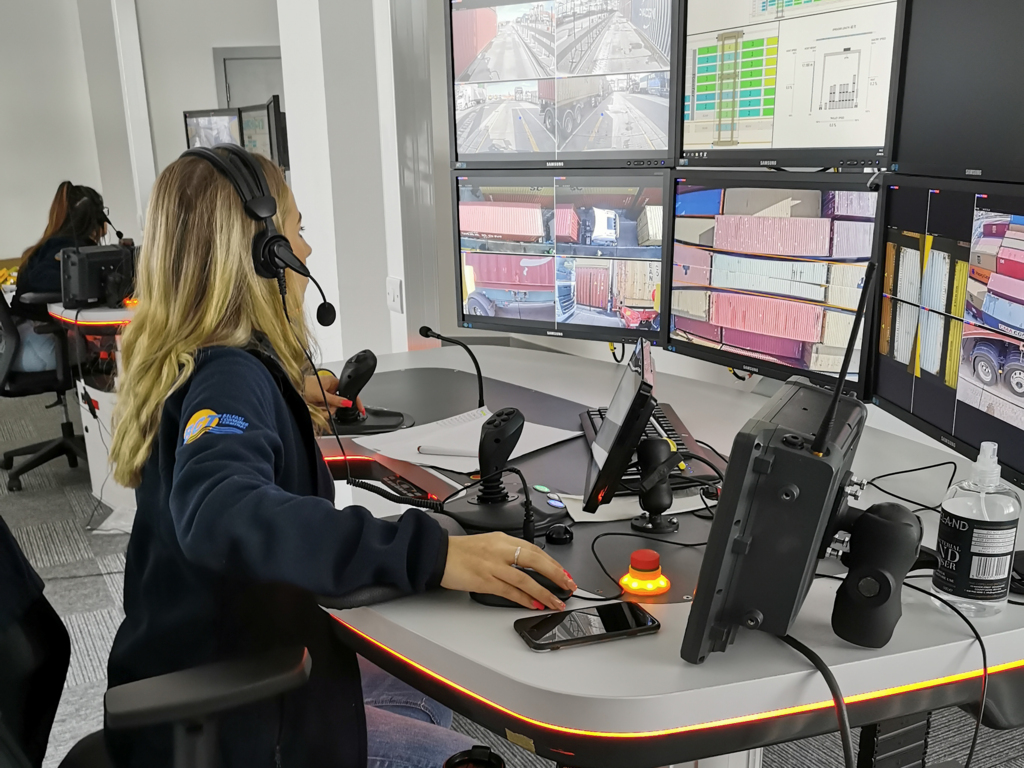 An automated future with a human side

Discussions about the future of BCT began several years ago. Thanks to the open and transparent collaboration between Kalmar and BCT, that early vision will have been achieved by the end of 2021.

“One of the biggest factors in our success is the fact that we have worked with the same Kalmar team on the ground throughout this project, and this has been really important in building trust and transparency. I don’t underestimate the personal commitment that this takes, to be here on site, available whenever we have questions or issues to resolve – however big or small.”

Alec is keen to highlight that this is very much a two-way relationship. “It’s not about us and them, like in a typical buyer-supplier relationship, and it’s as much about the people as it is about the cranes and computers. The application and dedication of the Kalmar team that are helping us to achieve our vision has been first class,” Alec sums up. 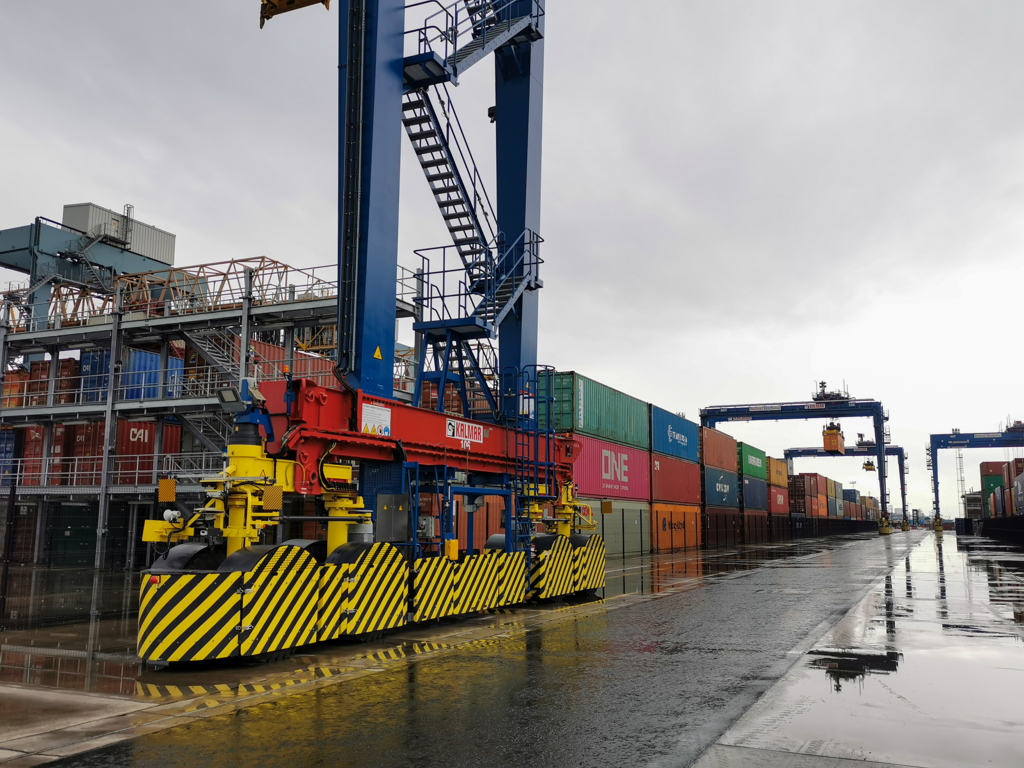