The industrial sector offers opportunities for growth in Jordan

A new relationship with an established partner is anticipated to create additional market opportunities for Kalmar – an important development in a nearly landlocked Middle Eastern nation.

Mithkal Shawkat & Sami Asfour is one of Jordan’s leading companies. Founded in 1918, it has played a major role in the development of trade and industry in the country across multiple business lines covering trade, representation and manufacturing.

Mithkal Shawkat & Sami Asfour have represented Kalmar since 1977. Until recently it served as an agent, but it is now a dealer. That means the company buys the machines from Kalmar and sells them onto the market rather than selling on behalf of the company.

“We decided to become a dealer because Kalmar is recognised as a leading world supplier of cargo handling equipment and enjoys an excellent reputation for the quality, productivity,safety, economy and efficiency of its machines, as well as the support it provides to dealers and end customers,” explains Zaid Kamal Asfour, owner and managing director of Mithkal Shawkat & Sami Asfour.

Kalmar’s main port customer in Jordan is “Aqaba Container Terminal (ACT - Part of APMT) which is today the logistical and economic backbone of the Aqaba Special Economic Zone Authority (ASEZA), serving as the preferred gateway to the region for many active markets around the world. ACT is using a number of pieces of Kalmar equipment like reachstackers and empty container handlers,” says Asfour.

“We decided to become a dealer because Kalmar is recognised as a leading world supplier of cargo handling equipment."

Another Kalmar’s main port customer in Jordan is “Aqaba Company For Ports Operation & Management , wholly owned by the Jordanian government. The economic importance of ports in general lies as they are a major development engine for the national economy, especially as it is the central link in the integrated transport chain and is considered one of the basics of development, given the reflection of its services on the overall national economy. Currently the port is using Kalmar Reachstackers , Forklifts and Terminal Tractors.

The Aqaba Logistics Village (ALV) project was conceived to fulfill the vision of King Abdullah II to develop Aqaba Special Economic Zone as a regional hub for logistics and cargo support. ALV’s aim is to support this vision by setting high standards in service quality, efficiency and professionalism. 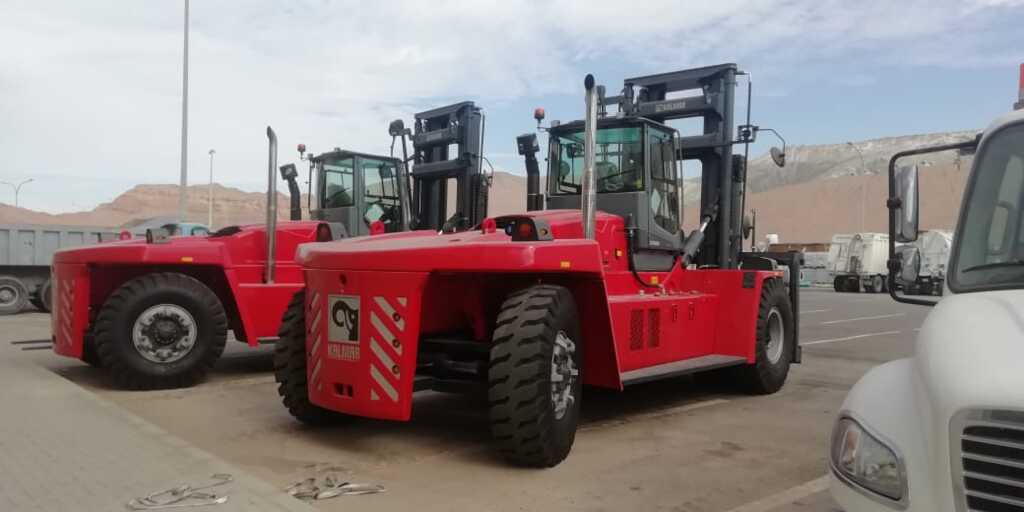 One of Mithkal Shawkat & Sami Asfour’s objectives is to increase Kalmar's customer base among industrial companies.

“The Jordanian market is very small and price sensitive and the competition is extremely high,” says Asfour. “Potential customers in the industrial sector include steel manufacturers and other manufacturing companies, companies in the renewable energy sector, inventory warehouses companies and construction firms.”

He cites Mithkal Shawkat & Sami Asfour’s strong reputation for after sales service. “This has reinforced their commitment to Kalmar, and we are confident this new relationship will help us sell more equipment in Jordan,” says van Klingeren.

Asfour agrees that after sales service plays an important role in customer satisfaction and retention by increasing brand loyalty and value.

“After sales service plays a pivotal role in strengthening the bond between Kalmar and its customers in Jordan,” he emphasises. “We have learned a lot from working with Kalmar and we are grateful for having had that opportunity. It is an excellent company that we appreciate being a part of.” 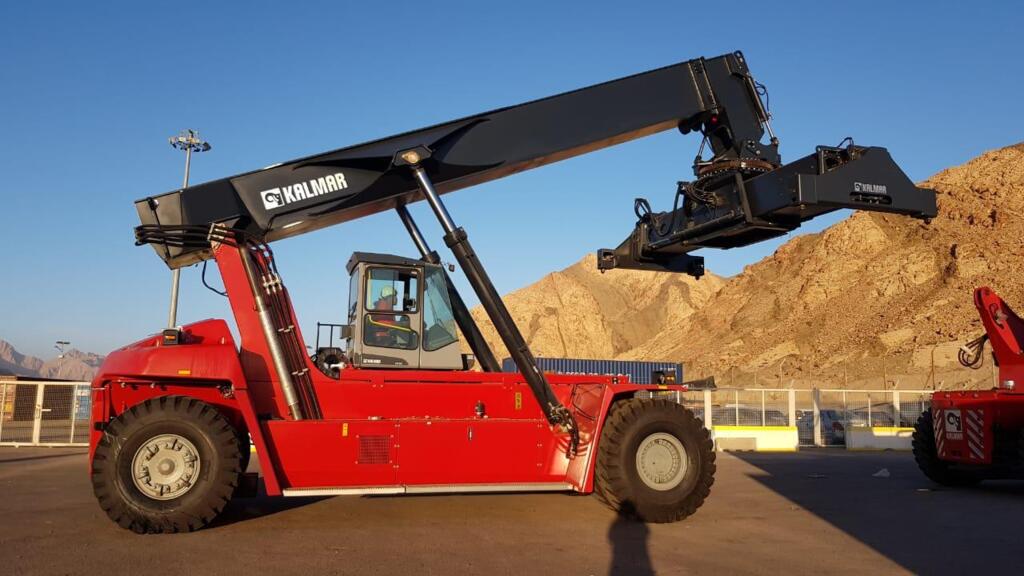 Navkar and Kalmar work together to expand India’s international trade

Navkar Corporation is responsible for cargo handling and transportation of imported and exported goods on India&rsquo;s eastern coast. The company has a capacity for handling 310 000 TEU containers per annum, more than 1200 trailers, over 50 forklifts and 28 reachstackers in use.
Services

Kalmar manufactures a wide range of high-end cargo handling equipment in its Shanghai plant, serving customers as far as the APAC region, Africa, South America, Oceania and the Middle East. This size and scope is impressive for a factory that was set up only 17 years ago. We explore the achievements and prospects of this Kalmar plant in one of China&rsquo;s most dynamic manufacturing regions and one of the largest shipping hubs.
Services