Hall of a ride

Only two weeks into his new position with Kalmar in Sweden, Martin Hall was forced to regroup and jettison his well laid plans for his new role as the COVID-19 pandemic hit and changed everything.

This wasn’t Martin Hall’s plan. This wasn’t his plan at all when he started as country director for Sweden at the beginning of March. His plan was to hit the road and meet as many co-workers and customers as possible to get the lay of the land and to show everybody that the new captain cared.

On his first day, Wuhan, China had already been closed down as was northern Italy as the pandemic struck. Sweden had registered no infections at that point, and it would be another two weeks before Swedish authorities issued its recommendations to “work from home, wash your hands and social distance”. 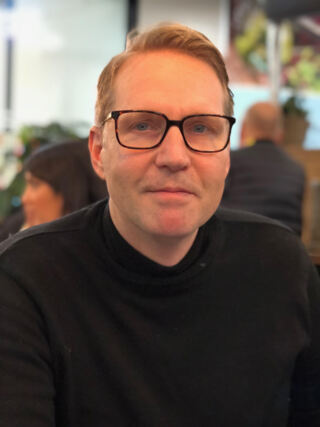 “We were very quick to tell our people to stay at home, I think Spotify was the first company in Sweden to do that, but we followed right after. Naturally, we can’t and won’t force people to work from home, but if they feel that they need to come to the office, they can do that,” says Hall.

Kalmar Sweden also created a Covid-19 management team to monitor the situation and to make sure Kalmar stayed on top of the situation.

“The members of the team weren’t just your usual suspects, either, as we wanted to make sure that every area was represented in the group,” Hall says.

Adapting to a new landscape

Hall feels that as we learn more about the virus and how to deal with it, he can start to return to his original plan to meet with Kalmar staff and customers across the country.

“I had just started to meet with people in our organization, but I wanted to meet more of them, especially on the sales side. I’ve since done that by phone and the internet, but it’s not the same as a face-to-face meeting.

“The same goes for our customers. I wanted to meet with them and hear what they wanted to tell us, and to let them know that we are listening. Now, we’re all in the same boat with the virus and they understand that these are special times, but nonetheless, it’s disappointing,” he says.

As Hall modified his original game plan, he tackled the new situation and was kept busy with the new challenges. “To be perfectly honest, it was a hectic month and my days were long as we’ve adjusted to new things and adapted the organisation and have found new ways of working. The focus has been on the here and now, while the long-term strategic work has taken a back seat,” he says.

“The same goes for our customers. I wanted to meet with them and hear what they wanted to tell us, and to let them know that we are listening."

Taking on a new challenge

Hall joined Kalmar seven years ago as a service developer. Three years later, he was in charge of service in Sweden, and then in Sweden, Finland, Norway, and Russia.

“When Kalmar went through a re-organsation, I was offered this position, and I took it,” he says.

While the first weeks and months have been about dealing with the virus - sending people home, looking for government aid, instituting short-term furloughs – Hall has had to deal with a new, unforeseen situation. When the situation returns to normal, he will then be able to take on the leadership position he was given in full.

“The higher up one is on the organizational chart, the more responsibility one has. I try to support my people by giving them the tools they need to do their work, but ultimately the buck stops with me. The overall responsibility for what we do rests with me,” he says.

“I may have a fancy title, which may carry some symbolic value, but it can be useful for me to show up at certain meetings to show respect because in the end, my job is a support function.”

The importance of team spirit

The world of sport has helped to forge Hall’s philosophy.  He is an avid football and hockey fan as well as a play-making floorball player, which has taught him what it takes to put together a winning team in sports. He applies that concept to his work at Kalmar.

“I’ve been a leader on many teams, often the team captain, and I find it easy to slip into that role when I play sports, but there are other kinds of challenges in a non-sports environment,” he says.

“A team always shares a common goal: everyone wants to win. There’s a full buy-in from everybody. How to achieve victory is one issue, but the truly great teams always find a way. At work, the key is to find the people who create that winning environment, and who can get others to join them in that pursuit,” he explains.

One difference between a sports team and say a company that sells forklifts is that in sport, the game has likely been a lifelong passion for the team players.

“Successful athletes are usually self-motivated, and while you can’t make people care about the job if they just don’t, a leader tries to create that passion and team spirit,” he says.

Hall acknowledges that he is a restless and competitive person who sometimes has to remember to sit back and let things develop at their own pace.

“It’s good to have people who can tell me to relax and just sleep on it,” he says.

One thing that Covid-19 has shown is that Kalmar’s work does matter in the big picture.

One thing that Covid-19 has shown is that Kalmar’s work does matter in the big picture. “Making your every move count” isn’t just a catchy slogan.

When country after country went into a lockdown mode, Kalmar had their technicians out in the harbors making sure that they were still operational.

”In just a few hours, we had come up with a plan that assured that they could carry on working while staying safe. For me, the technicians are the real stars that keep our business going, and it’s been very impressive to experience. If we hadn’t been able to keep ports and terminals up and running, the consequences could have been dire.”

“We should be proud of that,” he concludes.