Electric vehicles are gaining traction and the latest ones to become battery-driven are empty container handlers.

Once only a sci-fi concept, electric vehicles are quickly becoming a reality. Kalmar recently announced that they will have a full offering of electrically powered versions by 2021. The company has been pioneering battery technology and battery-driven vehicles for years. It has recently introduced new electric forklift models, and now electric empty container handlers are also available.

It’s been a long road (no pun intended), but the results are coming in fast now.

“It does take a long time to develop something new in our business, but since we work with modules, we can fairly quickly put together certain models, provided that we have the platform ready – and that platform work has been going on for years,” says Stefan Hultqvist, VP Forklift Trucks at Kalmar.

Electric vehicles are advancing on all fronts

“We can see how the world around us changes, and electric empty container handlers are a way for us to adapt. Creating a smaller carbon footprint is a major driver, but electric vehicles have other environmental advantages as well. There are simply not the same noise levels,” Hultqvist explains.

Many customers are considering alternatives to diesel-driven vehicles, partly due to legislation and regulations, and partly because of environmental concerns. According to Hultqvist, there is now a demand for electric vehicles that wasn’t there just a few years ago.

“The customers who are interested in electric empty container handlers are pioneers, or what in the consumer product industry would be called early adopters. They’re companies that are looking for an edge, and believe they can find it in an electric vehicle that has faster acceleration, high productivity, and a very competitive total cost of ownership,” says Hultqvist. 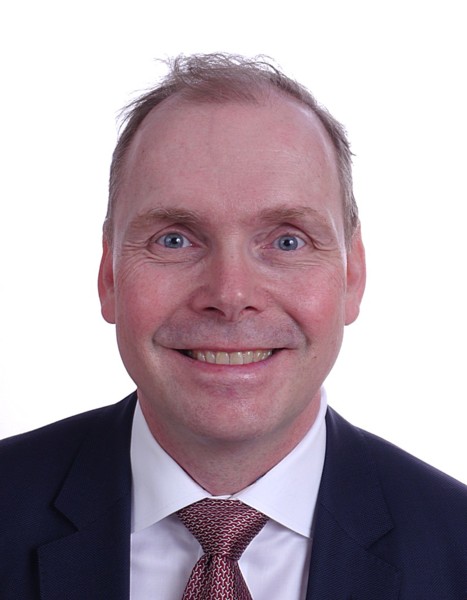 “Good examples are operations where the handler has to be inside a building or other special type of container handling operations. The electric empty container handler is not something a customer purchases to use just a few hours a day.”

The empty container handlers currently use lead acid batteries, a technology Kalmar has used for decades, but Li-Ion powered machines that Kalmar has available for other applications are in the works.

“Machines like this that carry heavy loads also require very powerful batteries, and it takes a lot of electricity to charge, which in turn means that the infrastructure – charging stations or rooms for charging them -- must be in place,” Hultqvist notes.

"The electric ones accelerate faster, and since they have lower noise levels, driver comfort is higher. The total cost of ownership over the lifecycle of the vehicle is much lower." 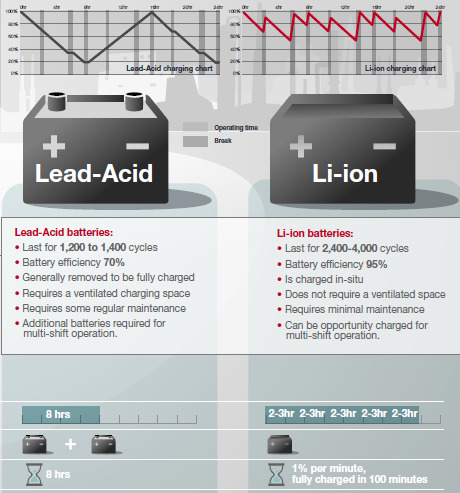 The advantages are plentiful.

“Compared to diesel-driven empty container handlers, the electric ones accelerate faster, and since they have lower noise levels, driver comfort is higher. The total cost of ownership over the lifecycle of the vehicle is lower as well.

“Then there are all the environmental aspects, of course,” says Hultqvist. “And the fact that compared to diesel trucks, electric vehicles need less maintenance because there are fewer components that need servicing or need to be exchanged.”

Being a pioneer is often an advantage, but it isn’t always easy

“Many customers are uncertain because they don’t have enough experience with electric vehicles. They don’t know exactly what the switch would mean. And of course, if you’re used to paying a certain price for an empty container handler and are now faced with one that requires a higher initial investment, it’s only natural to stop and think about it, even if the costs are lower once the vehicle is operational.”

“We are continually in a dialogue with our customers to explain the benefits of electrically powered trucks and what it means to make the switch,” Hultqvist explains.

In a world where it takes years, and sometimes a decade to develop a new platform and new product, changes don’t always happen fast. However, Hultqvist says that changes are coming, and it’s a development he thinks about constantly.

“It took less than fifteen years for Manhattan to go from horse and buggy to cars only. Change can happen quickly.  In our business five years is a short time, but the world is changing faster these days, so I believe that in five years we’ll be far along the electric avenue.

“We’ve been in this business for seventy years and have a proven track record of taking care of our customers. Electric vehicles are an important part of our future,” Hultqvist concludes.