The container terminals of the last decades were built for a familiar world, designed to serve a rapidly growing industry with many shipping line customers, established shipping patterns and well-understood dynamics. Terminal operators were in a controlling position, as they owned the all-important capacity and location that were essential for the shipping lines. Demands from customers were not that high, and were more focused on available handling capacity than on performance and service.

Over the last five years or so, the container shipping business has experienced a fundamental change. Newly-built container ships have grown far beyond what would have been reasonable only a decade ago. At the same time, alliances and mergers are consolidating shipping lines into fewer major players operating these giant ships. This has radical implications for container terminals, which are left struggling to meet the huge engineering and operational challenges imposed upon them, from berth length to ship-to-shore crane reach and container stack capacity.

The supersizing of container ships also affects smaller terminals at the peripheries of the networks, as shipping lines wrestle with the sub-optimal but seemingly inescapable logic of building ever larger vessels in an attempt to maintain their competitiveness. The influx of bigger vessels pushes the next-smaller size ships into smaller terminals, also replacing the familiar vessels they have served with bigger ones. The result of this cascading effect is that terminals everywhere face a smaller customer base that is bringing in larger average numbers of containers per vessel.

In the old days, your terminal might have handled 200,000 TEU per year for a single shipping line. If this demand suddenly mushrooms to 1,000,000 TEU thanks to alliances and a new fleet of mega-capacity ships, this is great news – but only if your terminal can handle it. The odds are high that it can't.

We need to change our thinking 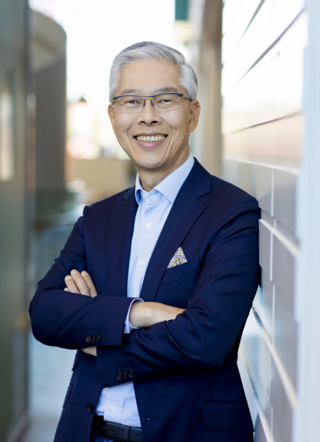 As I have written previously, a container terminal is not a production line, it is a buffer. If your required throughput changes from 200,000 to 1,000,000 TEU per annum, you can't just ramp up capacity like you would on a factory floor (add another assembly line, hire more people, etc.). What happens, instead, is that your terminal/buffer can no longer handle its function of smoothly interfacing between the modes of sea and land transport. Put more bluntly, you can't serve your customers.

"We need to change how we think and talk about the supposed overcapacity."

We need to change how we think and talk about the supposed overcapacity in the container terminal industry. It is a myth, based on a naive additive calculation of container handling capacity and a simplistic model of how a terminal operates. It doesn't matter if you have ten 200,000 TEU terminals practically empty and waiting for customers, if none of those terminals can offer the 1,000,000 TEU capacity and service level that new vessels and shipping alliances require.

Of course, terminals are well aware of this dynamic, and are busy trying to transform their own operations to meet this high volume future. Countless terminal upgrade initiatives are under way all around the world, along with automation and STS crane extension projects. To some extent, terminals are also mirroring the business model of the shipping lines by setting up alliances and port networks of their own.

At least for the foreseeable future, the container shipping business appears to be developing into a heavily consolidated industry in which a smaller number of players will need to move significantly larger container volumes from bigger-than-ever ships. Therefore, extra terminal capacity is of near-zero utility unless it is useable capacity, and unless the terminal understands the current state of the industry and updates its offering accordingly.

Right place at the right time

Somewhat counter-intuitively, a terminal is not in the business of moving a container from point A to B as quickly as possible. Instead, the value the terminal provides is getting the container to point B exactly when it is needed. Even if your quay cranes can unload 18,000 containers from a single ship at maximum speed, your entire buffer still needs to be scaled up in order to perform its function as part of the global logistics chain. This is no small feat, and it – not industry "overcapacity" – is the real issue that we need to be thinking about today.