Could online gaming open up new ways of running and optimising a container terminal?

At the Kalmar Co-Create idea creation challenge held at TOC in Rotterdam last summer, several fascinating ideas came up. In one of our conversations at the event, we began talking about how gamification as well as online and simulator games could potentially prove to be relevant for the container handling industry.

In recent years, highly skilled car racing gamers have made headlines by moving up to real-world racing and even beating established professional drivers in the process. In 2017, Formula 1 racing team McLaren unveiled an e-sports racing programme whose winner went on to become the team's official simulation driver for the season, working alongside and supporting the team's two star drivers. This is serious business.

How to hook a new generation?

Simulator racing is such a popular pastime that it has been able to support a huge market not only for amazingly detailed and realistic games, but also the equipment and peripherals (gaming controllers, seats, force feedback systems, etc.) that allow top gamers to develop skills that transfer to the real world. However, the potential is there for other fields as well, including the container handling industry and maritime logistics.

Games that incorporate highly detailed simulations of real-world systems can clearly go a long way towards cultivating the competence needed to master the real-world equivalents of these systems. So, what if the cargo handling industry could create highly detailed simulation-based video games to attract and train a new generation of professionals for real operations? It is easy to imagine that top gamers would easily adapt to become skilled drivers of manual container handling equipment, but as terminals move towards increased levels of automation, a more relevant scenario might be to focus on the skillsets needed to control, design and optimise automated terminal operations on a wider scale.

Currently, there are many lightweight desktop and mobile games that take as their topic the running of a container terminal, but what if the industry went a step further and came up with an open simulation/gaming environment that utilised the actual software and open application interfaces used in the real world (Kalmar Key, Kalmar TLS, Navis etc.)? Considering the massive player base of various types of resource management games, a highly realistic terminal simulator might turn out to be quite popular.

When looking at the wider possibilities that simulation and gaming could offer, there are three significant enablers. First, processing power, graphics, software and peripherals have developed to the point where it is possible to execute extremely detailed and realistic simulations in a gaming context. Second, thanks to the Internet, such games enable access to a vast global talent pool of motivated practitioners whose finely honed skills might have wider applications in the real world. Finally, digitalisation and online culture can connect these talents with software providers and game creators in ways that would have been impossible a decade or two ago.

With a little bit of imagination, a landscape of further possibilities opens up. In our Port 2060 workshops, we have envisioned the idea of using crowd-based operations (i.e., the best online gamers) to operate real terminals from home. Or we could build a vast, highly realistic sandbox environment that enabled tens of thousands of online gamers to explore different possibilities and issues in operating a container terminal in order to create vast amounts of data from various operational scenarios. This data could then be used in advanced AI and machine learning tools to learn from the game/simulation in order to better prepare for real-world operations and exceptions. Even if much of the freeform activity of the players wouldn't conform to expected practices or even make sense from a logistics perspective, the amount of data and varied scenarios that would likely be generated by creative human gameplay would dwarf what we can currently collect from real-world operations. This, could, in turn, provide a boost for our understanding of how to optimise an automated terminal, identify bottlenecks and safety issues, understand human-machine interactions, and so on.

One of the reasons that the top sim racing drivers have become good enough to beat real-world professionals is that in the game world, they have the unlimited possibility of pushing their performance without physical risk, in a way that would be simply impossible in the real world. Moreover, neither available track time nor the practicalities of maintaining real racecars need pose any limit on the amount of time spent practicing. As long as the safety aspects are taken seriously when transitioning to the real world, simulations can provide a tremendous boost in developing both skills and overall system performance.

Is there something here that we might learn from and utilise in the container terminal industry? Is there anything stopping us from at least trying out some of these ideas, other than a general feeling that this is something that it would be "just a game" and not part of the "real" work we do? But as we've seen, things from the simulated world sometimes turn out to be quite real, with serious practical applications. Formula 1 teams are already using a third simulation driver to help optimise their cars. And just ask what the professional racing drivers think of the gamer kids beating them on the track.

So, who will be the first to establish an engaging e-sports programme within the container handling industry? If a jointly created simulation game or massively multiplayer online environment would be a novel way to tackle the $17 billion waste and inefficiency in the industry, shouldn't we at least give it a shot? After all, how can you win in the game if you aren't even willing to sit down and play with others? 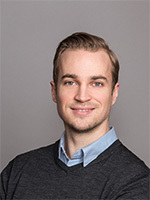 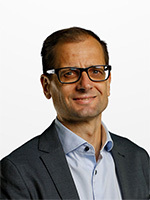 Jari Hämäläinen (Dr Tech.), Director, Terminal Automation at Kalmar, sees interesting opportunities in digital convergence of ICT, industrial products and services. Prior to his current role Jari has led offering development in Kalmar and service concept development in Cargotec. He has a background in telecommunications and software industry, with over 300 patents in 40 global patent families helping smartphone users in their daily business and pleasure. His passion is to lead renewal through technology and business innovation.