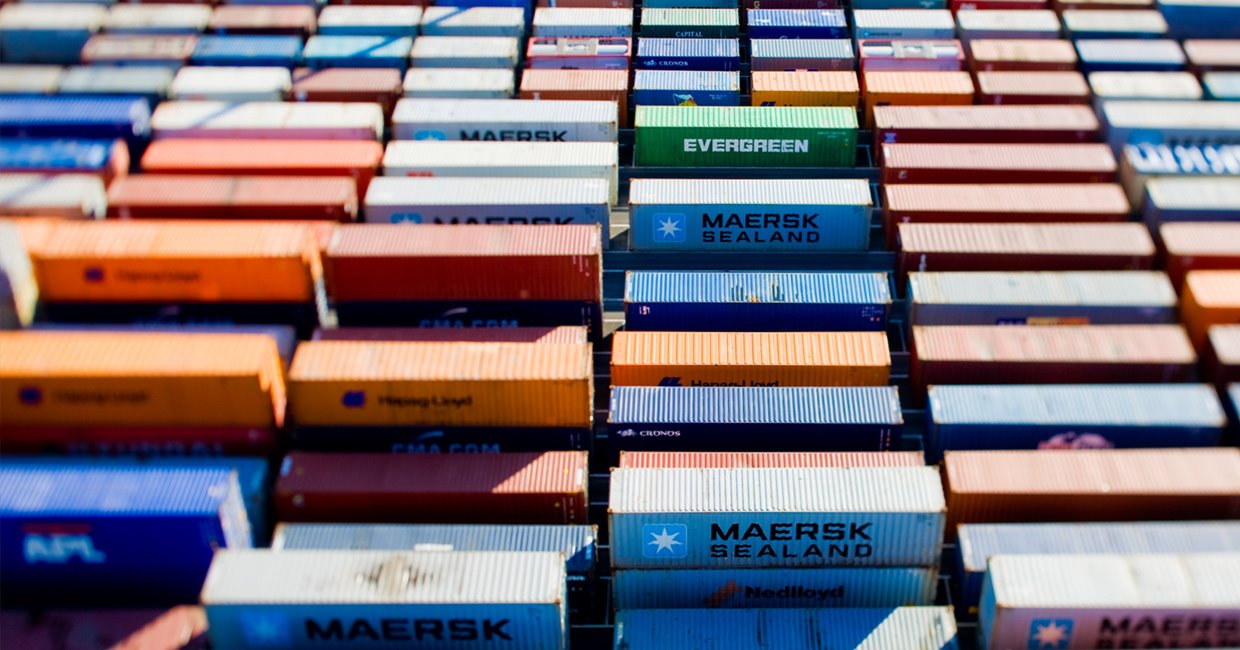 Container shipping companies are in the midst of a major consolidation wave. The industry hopes that consolidation will give them a tail wind to navigate the new waters. Mega-alliances and mergers can also have equally mega impacts up and down the entire supply chain.

Sink or swim and grow or die. These truisms are today’s mantras for the container shipping industry.

“This sector is known for its volatility. There are great opportunities but also big risks. Boom is followed by bust. But the current difficult situation has lasted for almost ten years,” explains Staffan Herlin, Finnlines Commercial Director who has worked in the shipping business since the early 1980s.

Herlin underscores that regardless of the industry, companies are always looking for growth, profitability and bigger markets, growing either organically or through acquisitions. Nonetheless, in the shipping industry, economy of scale is an exceptionally important driver. Finnlines operates in the less volatile short route shipping business. Viewed from the sidelines, the evolution in neighbouring ocean container businesses is clear to see. The fierce equipping race has continued for years. Lower unit costs are sought by transporting larger volumes on larger ships. Vessel size has increased exponentially from 2,500 TEU to 19,000 TEU in 30 years. Today, the biggest vessels can carry 20,000 containers. Olof Widen, Senior Advisor from the Finnish Shipowners Association, adds that 90 percent of the world's container ships are built in Asia. Often this is with the help of heavy state subsidies, freeing them from normal market forces. Ten-year-old vessels are now being scrapped because they’re too small. The result is a serious problem of overcapacity.

“Changes take time. But the industry will restore its competitiveness and profitability.”

In response, companies try to outbid their competitors with lower freight rates to lure new clients and retain old ones. Levies have dropped to unprofitable levels and the global container shipping industry has sunk into loss. Add in the biggest global economic crisis in decades and the results are dire. Last year, South Korea's Hanjin Shipping Company, a giant once believed to be too big to fail, collapsed.

To ride out the rough waters, the industry is creating new alliances and merging at record speed. According to Mikkel Linner from Maersk Line's Public Relations, consolidations are the way forward because they can unlock fixed and variable cost efficiencies not possible in older alliance paradigms.

“Our industry is fragmented and consolidation can help transform our business to the benefit of our customers.”

“What we see is a consolidation wave. How big it will be is difficult to say. The end is not yet in sight,” Linner says.

“We welcome consolidation. Our industry is fragmented and consolidation can help transform our business to the benefit of our customers,” says Linner.

Herlin and Widen agree. When it comes to consolidation, the container shipping industry is behind almost every other global business sector. Everywhere, big players are getting bigger, medium-sized companies disappear and small companies specialise in niche markets. The road transport sector, for example, underwent a similar wave of consolidation 30 years ago.

“But what we are experiencing in container shipping is forced consolidation. Companies are merging and establishing alliances because there is no other option,” Herlin says.

Alliances bring many benefits for companies. The 2M alliance, for example, allows MSC and Maersk to use their partner’s vessel space. As companies pool their containers on larger vessels, the savings add up because, in part, giant vessels are significantly more fuel efficient. Members share not just their ships, but also networks and port calls.

Linner is confident that the overhaul of the market can help to solve the overcapacity glut and freight rate problems. Lines will have to seek approval from other members of their alliances before buying new vessels, which should put a check on over-ordering, which can spell greater stability – and profitability.  Mergers and acquisitions mean fewer market players which reduces cutthroat competition. Linner points out that at the end of the day alliances benefit the customer. Consolidation is a step towards digitalisation and better online customer experience – at both the carrier and industry level. Alliances allow container shipping lines to optimise networks and benefit from economies of scale. Individual alliance partners can then market competitive services that are attractive to customers: more ports and direct services, better coverage and higher frequency.

There is, however, a downside to consolidation. A recent report by The Maritime Transport Council states that the combination of a high concentration of players and recurrent instability within the alliances poses problems. Alliances can result in less competition in prices, service and sailings.

“In addition, it is practically impossible for a new player to enter the market at the moment. It would require enormous investments in a fleet and alliances would lower rates to keep out the competition,” adds Widen.

Linner admits that in the short term the mergers and formation of new alliances are disruptive for customers.

“When a container shipping line moves, for example, from one alliance to another, both alliances must redo their networks which involves changes to services, offered capacity and fluctuating reliability”.

Mega-alliances and mergers can have mega impacts on the entire supply chain. Currently, the operational benefits of shipping alliances usually end with the unloading of containers. In future, shipping alliances cooperation will also cover landside operations. Alliances have power over ports and can negotiate better tariffs, more favorable conditions and improved services. Alliances can effectively merge several terminals and operate as if they were one by linking their operating systems and management teams. This would increase efficiency and reduce turnover times. With land transport, alliances have the power to push down rail and trucking rates. As a result, ports grow into megaports with terminals growing larger, channels deepened to accommodate megaships, and multi-modal transportation options added where possible.

Rays of light ahead

After almost a decade of troubled waters, container-shipping companies are finally reporting some positive news. Maersk Line is seeing a more balanced demand-supply situation this year.

“We expect global container shipping demand to increase by around 2 to 4 percent in 2017. We see improvements in most regions, especially imports to the Far East, North America and Europe. The current solid container trade reflects a continued overall improvement in the global economy,” says Linner.

The mergers and new alliances seen in nearly all the top 15 lines are starting to take effect. The decline in freight rates has flattened out. According to Widen, shipping rates have already gone up in some of the major trading routes. The cost of shipping a standard container from Rotterdam to Shanghai has, for example, increased from 640 US dollars to 1,560 dollars within a year. But rates still fluctuate too much to be able to declare a return to normalcy. The key question now is whether a restructured container shipping industry can exercise discipline on freight rates and restraint on vessel orders. A lot of trial and error still lies ahead.

“This is a conservative and capital intensive sector. Changes take time. But the industry will restore its competitiveness and profitability,” believes Widen. 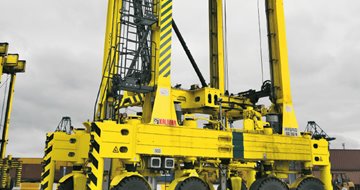