There is little doubt that the regulatory footprint in place to limit the environmental impact of dry bulk handling operations will spread, particularly as people become better informed about the dangers of living in polluted areas 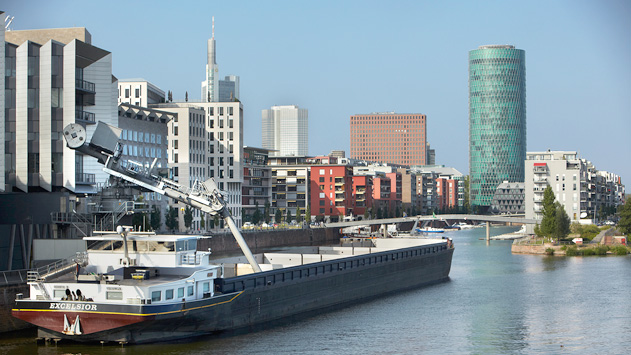 This powerful and growing drive is supported by rules and regulations coming from a range of organisations, including those covering wide geographical and economic areas, such as the World Health Organisation and the EU. Individual countries can impose their own regulations, while further down the administrative chain, local municipalities have their say. Finally, there are often local port authority rules and regulations.

In the medium to long term, some forms of dry bulk handling may even be removed from the industry if they cannot comply with stricter, more widespread environmental legislation, at least for very difficult materials in the most highly-regulated areas.

Environmental regulations vary from port to port and, probably more significantly, from one part of the world to another. So far, the strictest rules we have encountered are in California, but there are many other places in the world where rules are very strict; generally relating to ports close to major cities and residential areas.

Rules tend to be more relaxed for ports located well away from cities and residential areas. On a wider scale, environmental regulations are probably weakest in some African countries, Russia and China. But it is not a static situation; we regularly hear of new and stronger rules appearing across the globe. However, it will be many years before we see environmental rules imposed universally; it is possible this will never happen.

Totally enclosed systems with effective dust suppression devices mean that terminal operators benefit from minimal dust creation and no cargo losses through spillage, whatever the cargo.

Conventional unloading systems generally create a great deal of dust, especially when taking cargo from the bottom of the hold. At this stage of discharge, large amounts of cargo remain hanging from the bulkheads and in the corners. These piles collapse when disturbed by pay loaders during the clean-up phase and this creates enormous amounts of dust. 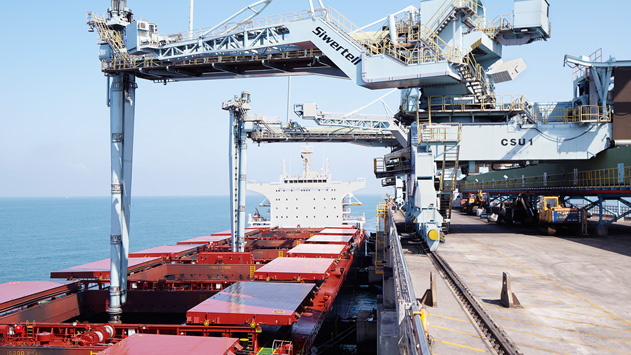 In contrast, an enclosed Siwertell unloader’s active, slowly rotating inlet feeder picks up the cargo from 1-2m below the cargo surface in a layer-by-layer manner all the way down to the bottom of the hold. Furthermore, it can reach far in under the hatch coamings and right into the corners of the hold, eliminating the risk of cargo avalanches. The result is minimal dust creation and a significantly reduced final clean-up operation.

Screw-type unloaders handle bulk materials gently, with barely perceptible levels of cargo degradation. In addition to further reducing dust creation, this can result in major energy savings further down the line during, for example, the alumina smelting process.

Efficient, continuous through-ship unloading performance with minimised clean-up requirements means that in-port time is reduced. This may be translated into slower steaming between ports, with consequent fuel saving and reduced emissions.

We will certainly see larger vessels and associated larger shipments; these will reduce the number of separate dry bulk handling operations, with a consequent reduction in environmental impact.