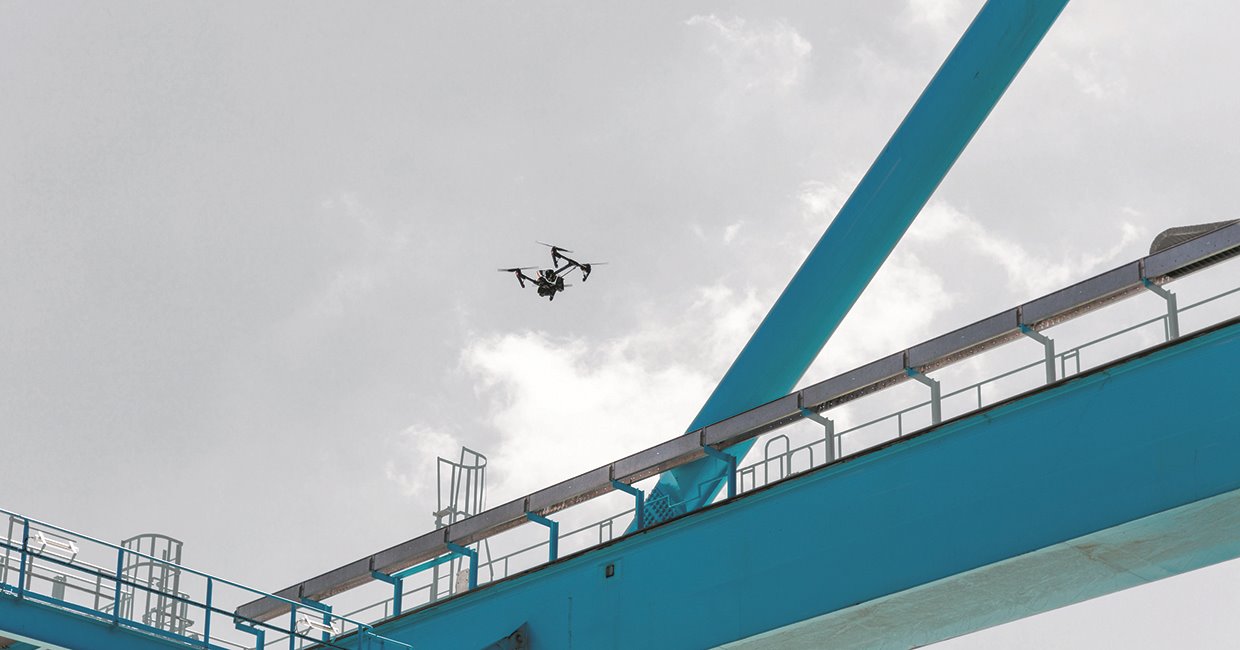 Kalmar looks to the future

Crane inspections can be time-consuming and expensive. An inspection can take a crane out of service for as long as five days. To reduce downtime and the associated costs to the customer, Kalmar uses drones to conduct these inspections. 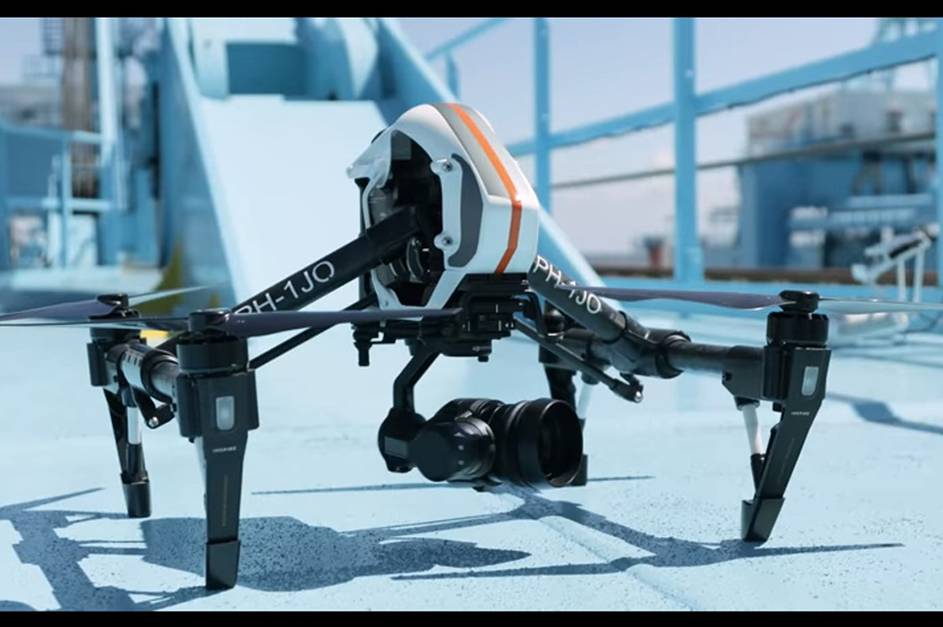 Structural analysis is one of the most important factors to extend the technical lifetime of an STS crane and ensure that it operates at full capacity. Based on the customer’s requirements, Kalmar can identify and inspect the critical structural aspects and components and outline any needed reinforcements based on stress and fatigue calculations.

The critical points of an STS crane need to be inspected once a year and a complete inspection is required every five years. The number of moves the crane has performed in operation also needs to be considered, and more regular inspections - typically every six months - will be conducted as it reaches the end of its lifetime.

However, inspections can be a time-consuming and expensive process that takes the crane out of service for as long as five days. In order to reduce this downtime and the associated costs to the customer, Kalmar undertook to explore the potential of drones to conduct these inspections.

After successfully completing a drone inspection pilot project at APM Terminals’ Maasvlakte 2 in Rotterdam in 2016, Kalmar then introduced the service to its STS crane customers as Bob van Kampen, Director Crane Upgrades, explains.

The inspection costs are 50% lower than for traditional inspections. 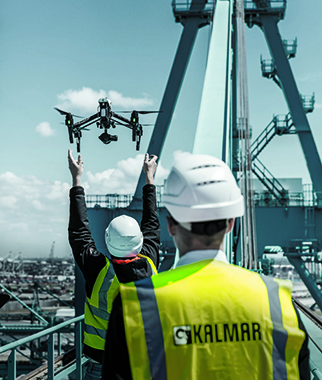 “Taking a crane out of operation for five days is a major burden for customers,” he says. “Mobile cranes are expensive to hire and can be hard to secure. Because the inspection process can now be carried out by a Kalmar analyst and the drone pilot without the need to scale the crane, the inspection costs are 50% lower than for traditional inspections. In addition, the process can be completed in two days rather than five, reducing downtime by 60%.”

Drone inspections are not only faster. They are also safer since there is no need for a human to climb the crane to inspect the structure – the entire process can be completed at ground level.

Equipment safety remains of paramount importance and Kalmar is confident that drone inspections will identify any potential structural problems.

“The drone is used to film the entire structure of the crane in detail,” says Timmermans. “This footage is then assessed by a Kalmar analyst who accompanies the drone pilot. If anything suspicious is identified, a second drone is sent to the identified area to take high resolution images for further analysis.”

Once assessed, the Kalmar analyst prepares a full report on the crane along with recommendations for what steps need to be taken to maintain its structural integrity. All the film and images from the drone are filed for future analysis, if needed at a later date. 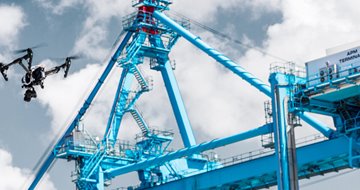